Some HBO GO users face issues ahead of GoT final season: downdetector.com 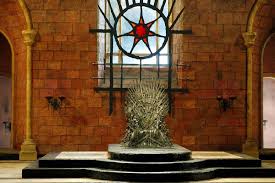 FILE PHOTO: The Iron Throne is seen on the set of the television series Game of Thrones in the Titanic Quarter of Belfast, Northern Ireland, REUTERS/Phil Noble/File Photo

(Reuters) – Some HBO GO users were facing issues with the streaming service late on Sunday, according to outages monitoring website Downdetector.com, as the first episode of the much-anticipated final season of Game of Thrones was scheduled to air.

The website showed some users in the United States, Mexico and other parts of Latin America were experiencing issues.