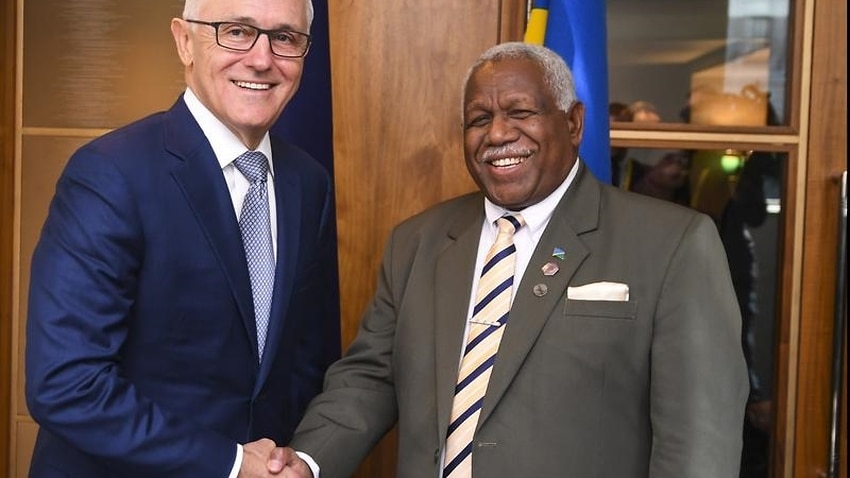 CANBERRA – Almost a year on since a lengthy Australian-led peacekeeping mission to the Solomon Islands wrapped up, Honiara and Canberra are looking to boost ties.

The pair are likely to discuss plans to build an undersea high speed communications cable between Australia and the Solomon Islands and Papua New Guinea.

The project will connect the two Pacific island countries with Australia via fibre optic cables more than 4000 kilometres long to improve internet affordability and reliability.

Australia had been wary of Chinese company Huawei lining up to build the Solomon Island’s cables and elbowed it out of the way because of strategic concerns.

Canberra will pick up two thirds of the cost of the project and money will come from the aid budget, but no dollar figure has been publicly released.

The Department of Foreign Affairs and Trade is weighing up whether Sydney, Townsville or the Sunshine Coast will be the best Australian link point.

“We value our strong and enduring friendship with Solomon Islands, and work as partners to ensure stability, security and prosperity in the Pacific region,” he said in a statement.

PM Houenipwela’s wife Rachel is accompanying him on the trip which includes visits to Brisbane, Bundaberg, Sydney and Canberra.

The Regional Assistance Mission to the Solomon Islands began in 2003, involved 15 countries, and concluded at the end of June last year.

Rampaging violence and lawlessness was tearing apart the Solomon Islands at the turn of the century when then Prime Minister John Howard committed to a rescue operation.

He was keen to avoid a “failed state” on Australia’s doorstep, fearing the tiny nation could become a terrorist safe haven and trans-national crime hub.

More than 1700 federal police officers and 7200 Australian military personnel were deployed at an estimated cost of $2.8 billion….