Solomon Islands in the dark on the next sitting of Parliament 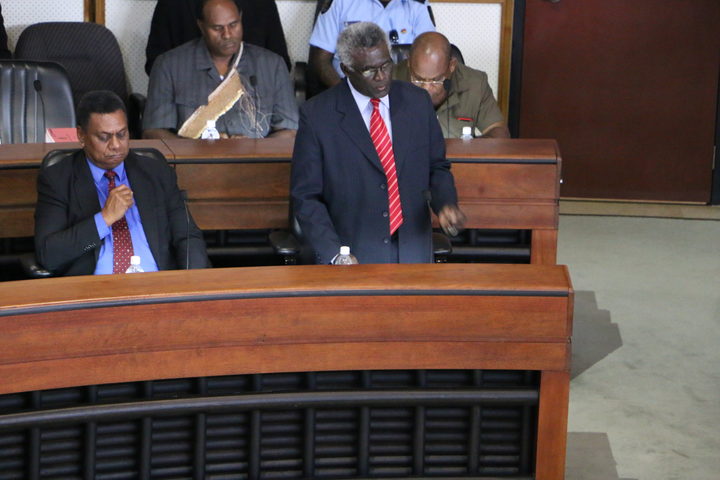 HONIARA,13 MAY 2019 (SOLOMON STAR) – Solomon Islands is still kept in the dark following the formation of the new government as to when will be the first sitting of the Parliament to elect the Speaker of the Parliament.

Speaking to the Solomon Star from the Weathercoast of Guadalcanal former Prime Minister and Member of Parliament Ezekiel Alebua said the ruling government should be speeding things up to elect a new Speaker.

“Why keep the nation in dark about what is happening behind the close doors in the Office of the Prime Minister and Cabinet,” he added.

He said the Prime Minister should call a meeting soon to elect the new speaker.

“Government business should be up and running as well as the national budgeting,” he added.

Prime Minister Manasseh Sogavare in his media conference last week told the reporters that a Cabinet paper should be ready for the first meeting and the nomination of the speaker.

Sogavare is aware that the Members of Parliament needs to take their oath in the parliament before they can fully function as the MPs.

A new Governor General would be elected as well by the MPs during their first sitting.

At the moment even the Office of the Parliamentary Opposition and Independent Group are still without an official leader.

Alebua also called to the National Parliament to explain to the nation why the delay.

At the moment DCGA is currently working on its policies which it claim should be completed soon.

Sogavare in a media statement last week said they are currently finalising policy documents which is now at is final stage.

Some of the ongoing policy priorities that are featured in the Policy Documents include the Establishment of the Solomon Islands Independent Commission on Corruption under the Anti-Corruption and Whistle-blowers Legislation currently in progress, the Traditional Governance Legislation, implementation of the Forestry Sustainability Recommendations to reduce the level of unsustainable log harvesting, Land law reform and to continue work on reviewing the Public Servants salary structure and remuneration.

Solomon Star understands PM Sogavare is also trying to settle his government’s internal issues such as the appointment of political appointees.