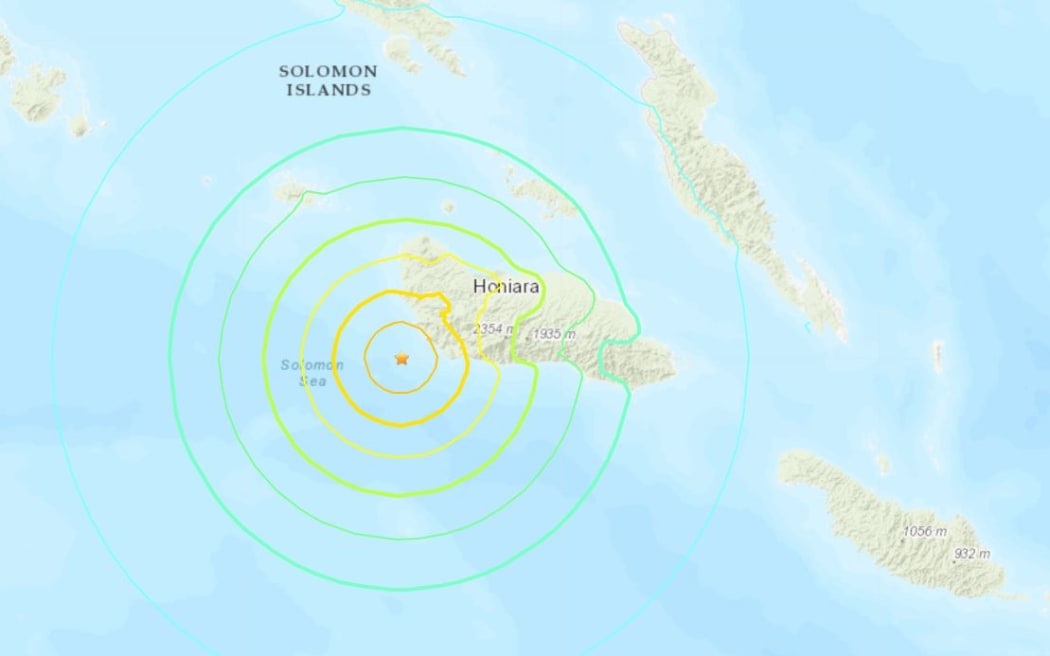 A magnitude 7.0 earthquake has struck in the Solomons Island region triggering a tsunami warning for areas up to 300km away.

The epicentre was in the sea near Malango in the Solomons, the United States Geological Survey said.

It has since revised the quake’s magnitude down to 7 from 7.3 magnitude and at a depth of 13km.

The US tsunami warning service said there could be hazardous tsunami waves possible for coasts within 300km from the quake’s epicentre.

The spokesman added there was no obvious damage to buildings in the centre of the capital, Honiara.

However, late this afternoon Solomons Island Meteorological Service said there was no tsunami risk for the islands.

The government’s Attorney-General John Muria (Jnr) showed posted images on Twitter of the quake’s impact on an office.

The National Emergency Management Authority said there was no forecast tsunami warning for New Zealand after the quake.

It said it would keep a close eye on the situation but at this stage there was no immediate threat to Aotearoa.

The centre also said tsunami waves were forecast to be less than 0.3m above the tide level for the coasts of Papua New Guinea and Vanuatu.

The Solomon Islands sits on the Pacific Ring of Fire, an arc along the Pacific Ocean rim where many volcanic eruptions and earthquakes occur.

It comes a day after a shallow 5.6 magnitude quake in the Indonesian province of West Java killed 162 people and injured hundreds more.

Rescue workers are continuing to search the rubble to look for survivors of the devastating earthquake that is known to have killed 162 people.

The governor of the province, Ridwan Kamil, said more than 13,000 have been displaced from their homes.