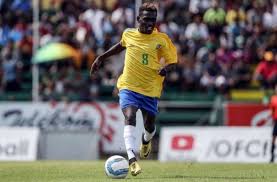 The Executive decided to suspend the player in a meeting held on 09 November 2019, a statement from SIFF said.

SIFF Executive will then review its decision on Maxwell Keana’s suspension based on the NCID findings as well as the outcome of the case with OFC Disciplinary/Ethics Committee.

SIFF Secretariat handed a letter of the suspension to the player on Tuesday 26 November in Honiara.

The letter stated that a formal complaint has been lodged to the NCID at the Rove Police Headquarters against Keana, Amos Kupa (uncle), Ben Keana (father) and Selina Keana (mother) for submissions made to OFC which resulted in the formal charges laid against SIFF and Keana.

SIFF’s submission to NCID is to request for a formal criminal investigation to be carried out on the allegations of falsifying formal documents to obtain a Solomon Islands passport as well as providing a false birth certificate to participate in the OFC U16 championship and the subsequent allegations against certain SIFF staff which resulted in painting a negative image of the federation.

SIFF Secretariat said it has received a written confirmation from NCID that they have received their compliant and that they are in the process of carrying out their investigations on this matter.

As such, the SIFF Executive has decided to suspend the player from participating in all SIFF sanctioned competitions both at home and abroad while the investigations on the allegations are still in progress.

The suspension was effective from Tuesday 26 November until such a time that the SIFF Executive further reviews its current decision.

Greek PM warns: stay at home or "we will pay for it"