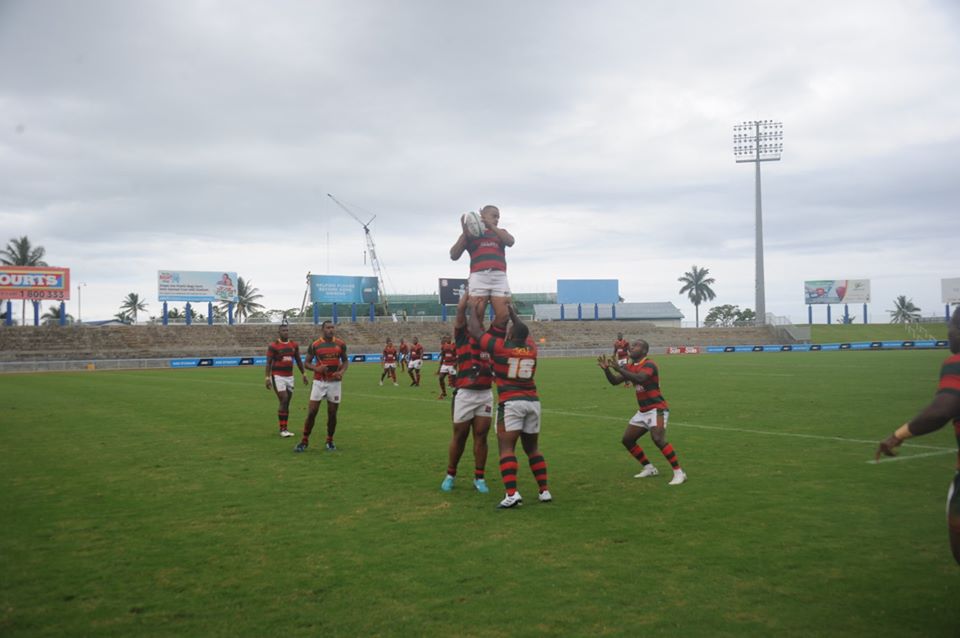 The Army rugby side during their captain's run at Suva's ANZ Stadium yesterday. Picture: SUPPLIED.

“HISTORY will not repeat itself.” These powerful sentiments were expressed by the team manager of the Fiji Military Force rugby team Elia Rokowailoa during their team’s captain’s run at the ANZ Stadium yesterday as they gear up for the Sukuna Bowl rugby clash today.

The Police rugby team nailed the Army side last year 41-17 to wrestle the prestigious Tanoa from Army who were champions in 2017. Rokowailoa, a former national rep, spoke with confidence as he encouraged the supporters of the Army rugby team to attend the event with their colours supporting their warriors in one of Fiji’s most anticipated rugby event.

“Army has trained really well this year and we’ve learnt a lot from last year and we’ve heard the deputy commissioner’s word but it will be unlikely this year because we’ve been preparing well in Nadroga for tomorrow’s (today) game.

“Rest assured to the Army families and friends and our brothers and sisters overseas and the Middle East that history will not be repeated this time,” said Rokowailoa.

The ANZ Stadium will be a battlefield for 80 minutes as spectators are expected to witness the clarity of local rugby at its best.

“The Sukuna Bowl has evolved from previous years and the standard of the competition has really improved and this match will be similar to a national team playing against an international opponent in a Test match,” said Rokowailoa.