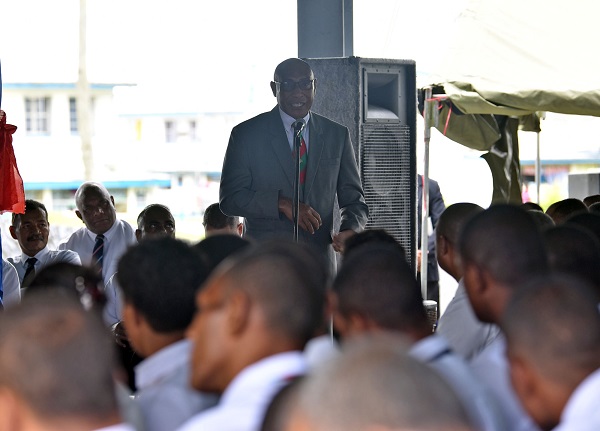 REPUBLIC of Fiji Military Forces commander Rear-Admiral Viliame Naupoto says people should not fear when seeing soldiers in uniform as they are there to provide security to the public.

He said officers who were in Lautoka City this morning were called in to assist police control a situation where more than 200 people had crowded the FNPF office.

“I wish to offer my apologies to the people of Lautoka if we may have created unnecessary panic if they have seen soldiers who are armed, we are doing a lot more to assist them.”