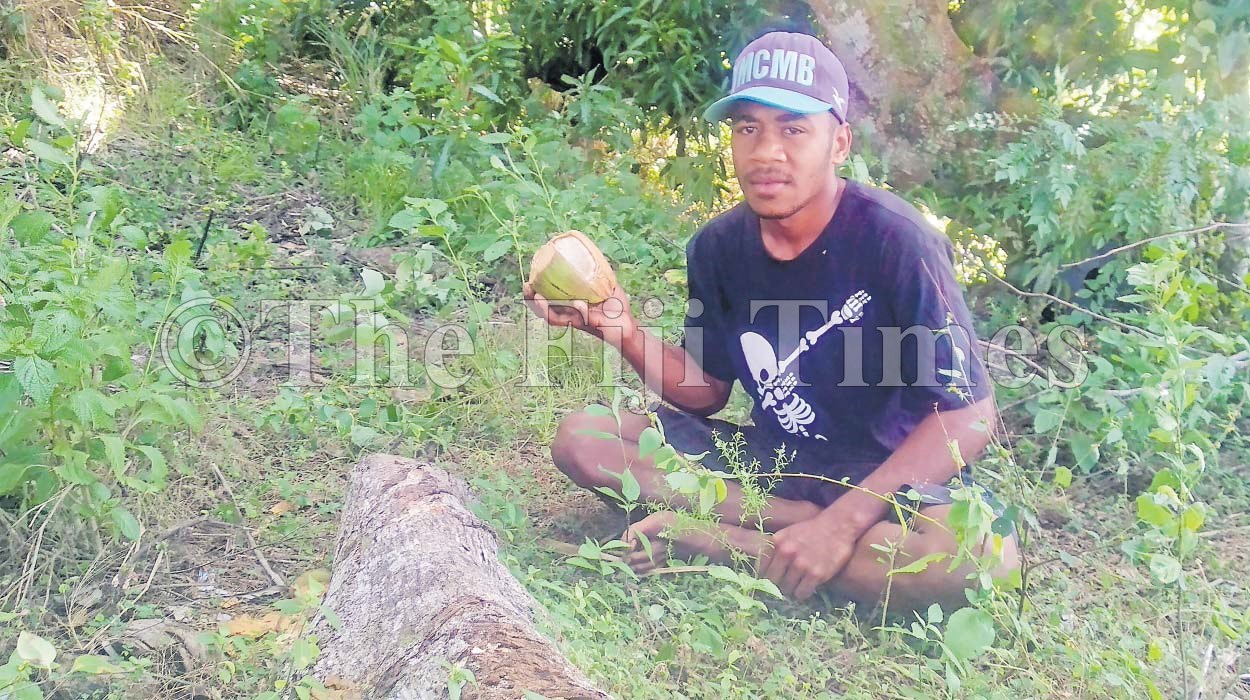 Thomas Lais sits at the spot where the alleged assault took place and shows the coconut shell used to hit him. Picture SERAFINA SILAITOGA

Police spokeswoman Ana Naisoro confirmed that the four have been each charged with one count of common assault.

The four had allegedly assaulted Thomas Lais at an isolated area in Navakasigani outside Labasa Town.

Mr Lais, who had travelled from Waikete Village as a canecutter, was questioned by the four officers over a missing hunting rifle.

He claimed the four took him to a nearby mango tree, about 50 metres away from their camp, and allegedly assaulted him during the interrogation process.

Mr Lais said the military officers allegedly whacked his chest with a piece of wood while an officer stood on his face using his boots.

But he earlier mentioned that they would not interfere with the police investigation.

The alleged incident has caused fear among the youths who travelled from Waikete Village with Mr Lais.