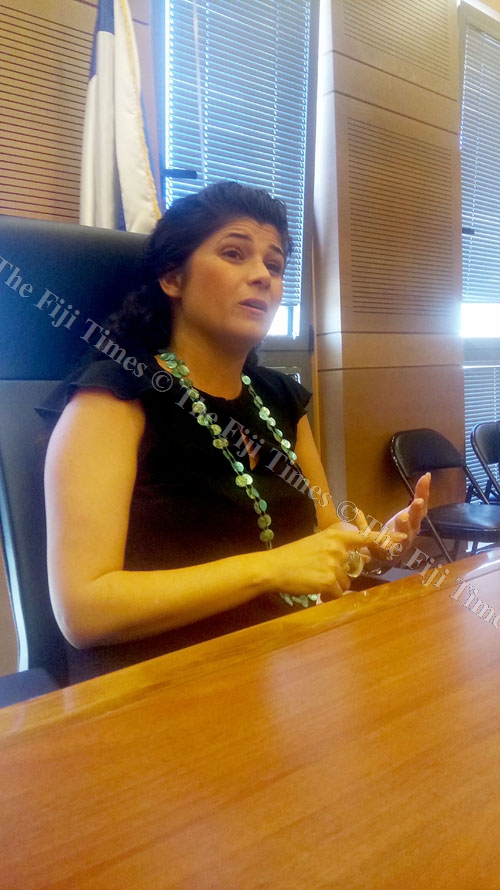 IT is mandatory in Israel for every person who has turned 18 to join the army. The duty of every Israeli is not only protect its borders but also to protect their family.

Once life in the army is over, they have a choice to go back to school, work or travel. Sharren Haskel was one of so many who did just that.

After working as a veterinarian for a couple of years at Bondi Beach, she decided to return and six years ago, she went home to give back to her country of birth that helped shaped her career.

Life in the army not only taught her many things, it also strengthened her. Despite all the positives, it is an experience, she doesn’t want her children to experience “As a woman serving in a very male-dominated world, that was the most very empowering experience I could have as a woman.

“In the army, I received a lot of tools not only to defend my country and my people but also to defend myself.

I pushed my physical boundaries to places where no 18-year-old woman believe she would be. Those physical things like running for kilometres with heavy equipment and dispersing violent demonstrations and it was not only me that was able to see how far I can push my physical boundaries but also my male comrades, who suddenly saw women doing those things and operating same as them, sometimes even better.

“I think this has given a completely different picture on the aspect of gender and it has opened my mind not only physically but also mentally, really believing in anything I am capable of doing, I am capable of achieving. “When you are given a mission, you don’t return until you have finished that mission. That was an amazing and empowering experience. It was not an easy one, it was a very difficult one. “I wish my children wouldn’t have to serve in the army, and see the things I had to see, or do the things that I did, because we have very difficult situation in Israel, that if we don’t protect our borders, people will murder innocent people. “Some of the things I have seen, the work of suicide bombers in buses, in bars — women and children are things I do not wish for anyone to see. So it’s not easy to serve and see those sights but hope my kids won’t see this, that they will be able to find peace and stability in our region but I also have to accept the reality.”

Sharren said of her return to Israel, that it was her duty to give back. “I came back because understanding what incredible historical opportunity I was given, understanding my parents, my grandparents, everything that they have been through in history that finally we had a chance to return to our country, our own nation, to finally not be at the mercy of any other ruler, to be able to have a Jewish state where we are able to dictate our terms our own future, culture or our own boundaries and that is an absolute miracle, and understanding how I can be part of that as well.

“So what kind of responsibility do I have as an Israeli, as a Jewish person, I have to this country, people that are here who are my family, and that is one of the reasons why I returned. “The other reason is understanding what Israel represents in the Middle-East, we have had a lot of persecutions happening in our history. “Sometimes we ask why Jews would want to be persecuted. “We don’t bend, we go with what we see is right, we go with what’s right, throughout our history our people sacrificing their lives for those values.”

Sharren said history had shown millions had perished just because they were Jews but that would not stop others from proudly living their way of life and the things they valued.

Meanwhile, when Sharren was living in Australia, she visited Fiji and said she hoped to return to our shores.

“I came to Fiji for a holiday and it was an amazing experience. Your country is beautiful and you have very beautiful people, so probably I hope to return someday.”

Sharren is a member of the Israeli Parliament, the Knesset, working on foreign affairs, the economy and defence.