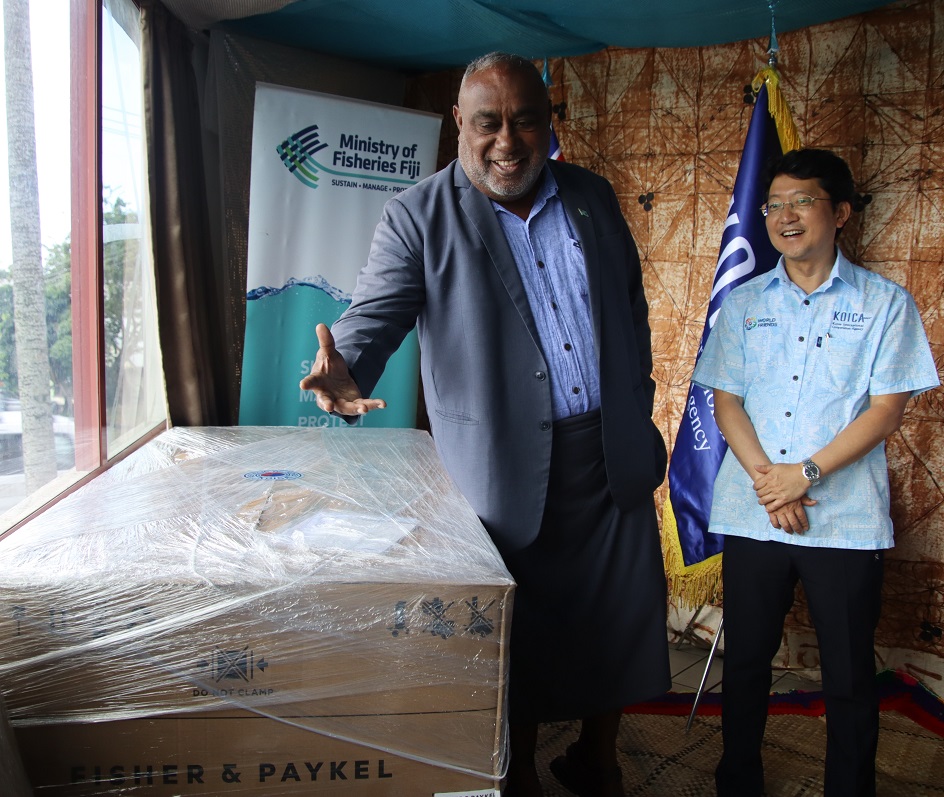 The solar freezer was received by Minister for Fisheries, Semi Koroilavesau. Picture: SUPPLIED

The handover of a solar freezer to the district of Yawe in Kadavu will certainly improving fish quality, reduces fuel cost as fish can be stored in freezer for future consumption, says Minister for Fisheries, Semi Koroilavesau.

He said it would generate income for fishing communities thus improving their livelihoods.

In a press release the Ministry of Fisheries said the solar freezer was handed over to the ministry by the Korea International Cooperation Agency (KOICA) on Tuesday.

Ambassador of the Republic of Korea to Fiji, Young-kyu Park said the assistance was yet another demonstration of continued co-operation on the fisheries sectors between the two countries.

“The handover, like many past bilateral initiatives between Korea and Fiji signifies the fortified bond between the two countries. The Korean Government, through KOICA, shall continue to further the goals of development co-operation in a mutually beneficial way and administer aid and assistance where it is needed,” said Mr Park.

According to the ministry since 2017 the Ministry of Fisheries had installed more than 30 solar units through the assistance of bilateral partners such as the Republic of Korea, Japan, Taiwan and FAO.