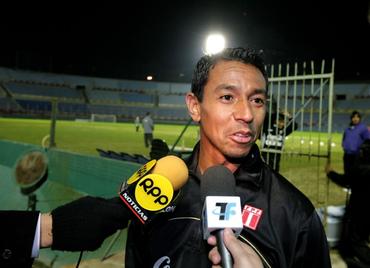 LIMA (Reuters) – Former Newcastle United midfielder Norberto Solano apologised on Friday after being detained by Peruvian police for being outside his house during tight quarantine hours set up to stop the spread of the coronavirus.

Solano claimed he left his home on Thursday before the 8pm curfew began for a lunch that went longer than planned.

“I obviously regret this very much and I ask for forgiveness,” Solano told radio station RPP Noticias. “I am not going to justify it. It’s very tough for everyone but the most important thing is our health, without that we can’t do anything.”

The 45-year-old assistant coach of the Peruvian national team was taken to a Lima police station after a neighbour spotted him and complained but he was released shortly after authorities registered the incident, local media said.