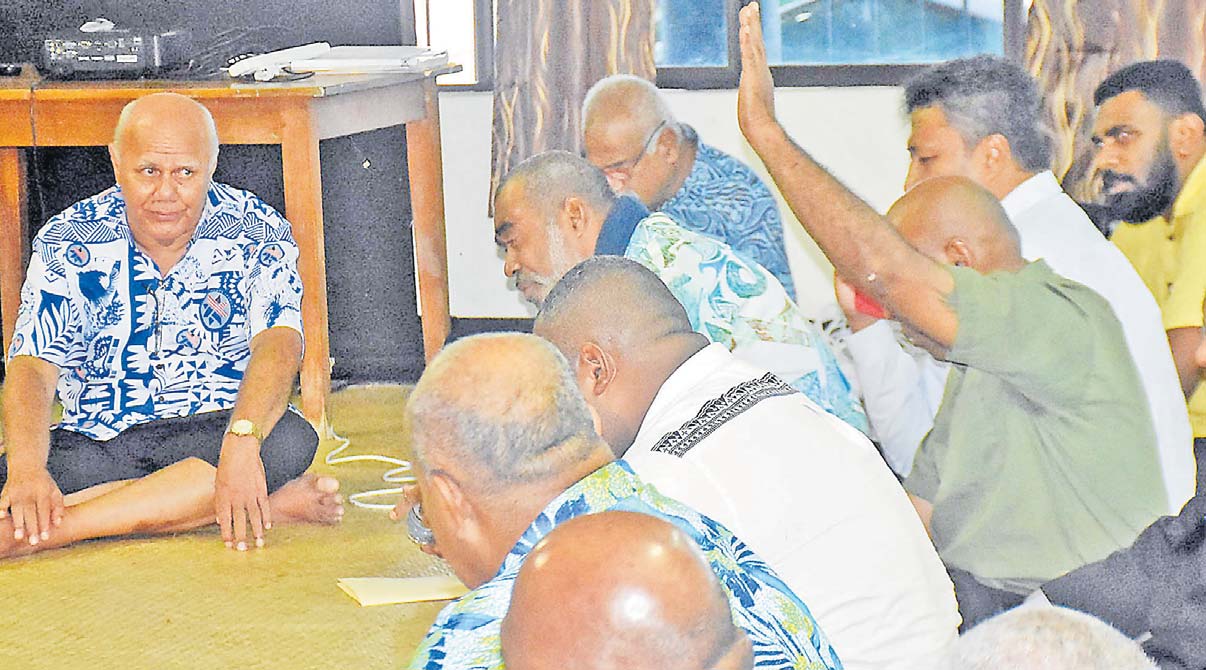 He said this while outlining the party’s manifesto and budget estimates in Suva last Friday, ahead of the coming general election.

Mr Gavoka said what SODELPA had planned for the iTaukei was unprecedented as the party understood that it must uplift the socioeconomic development of the indigenous people and the party for Fiji to successfully progress as a nation.

He said they were very serious about it, therefore the plan to increase the allocation by ten times from what it is at the moment.

“We know we have to uplift the socioeconomic development for the iTaukei and we are serious about it and it is reflected as such in our manifesto,” Mr Gavoka said.

He said if elected into power, SODEL- PA planned to revive the Great Council of Chiefs (GCC), ratify the United Nations Declaration on the Rights of Indigenous Peoples (UNDRIP), empower qoliqoli owners to approve the issuance of fishing licenses and ensure that the Vola ni Kawa Bula (VKB) was made instrumental in the naturalisation of the iTaukei people.

According to the party’s policy paper, SODELPA would allocate $3 million to revive the GCC and its secretariat, while other major allocations included $42 million for support to provincial companies and $82 million allocated for the upkeep and maintenance of informal settlements.

SODELPA said the socioeconomic lives of the iTaukei people needed to be uplifted to standards consistent with other communities and their policies would strengthen the development of indigenous resource ownership and awaken their numerical dominance.

The party said those initiatives would be funded by taxation and the deficit would be financed from locally raised bonds and loans, however, SODELPA said it would also try to push for growth in exports to create surplus.