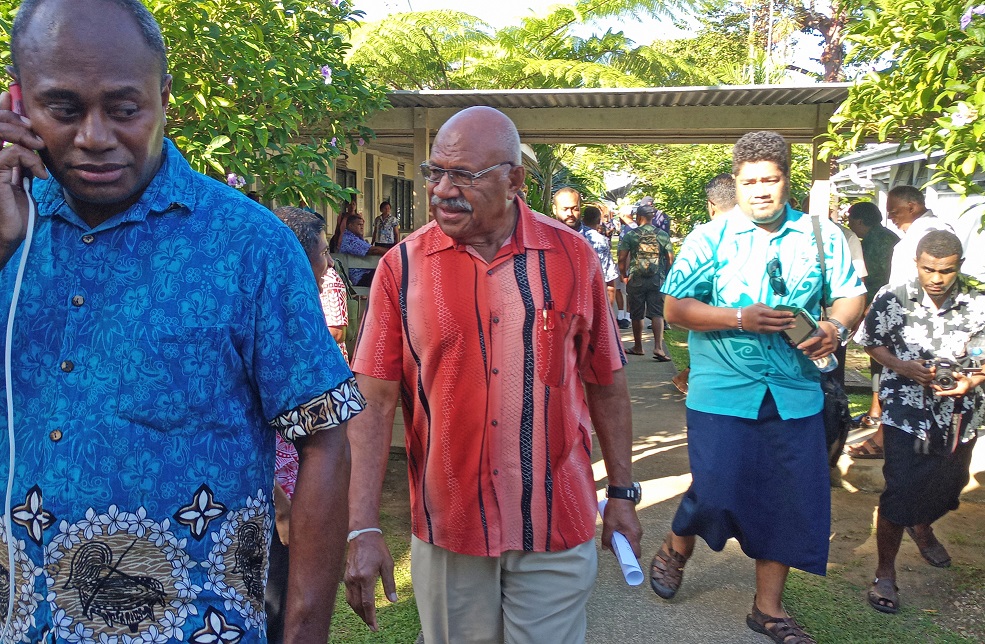 FORMER Fiji Prime Minister Sitiveni Ligamamada Rabuka appeared at the Suva Magistrates Court this afternoon charged with one count of providing false declaration of assets, income and liabilities.
This is in contrary to section 24 (1A) and 24(5) of the Political Parties (Registration, Conduct, Funding and Disclosures) Act No 4 of 2013.
According to the particulars of the offence, on December 29, 2017, the SODELPA leader provided a false declaration of assets and liabilities to the Supervisor of Elections by failing to provide information namely, the tax liability with Fiji Revenue and Customs Services in the amount of $316,956.20, the investment and interest income with said Raghwan Construction Ltd in the amount of $200,000 and $16,000 respectively and the liability with said Raghwan Constructions Ltd in the amount of $120,000.
Mr Rabuka who is charged by the Fiji Independent Commission Against Corruption (FICAC) appeared before Magistrate Jioji Boseiwaqa and was represented in court by Suva lawyers Filimoni Vosarogo and Lynda Tabuya.
Rashmi Aslam appeared for FICAC.
Magistrate Boseiwaqa ordered Mr Rabuka to sign a $300 bail bond and also for the two sureties to each sign a $300 bail bond.
The matter has been adjourned to June 6.