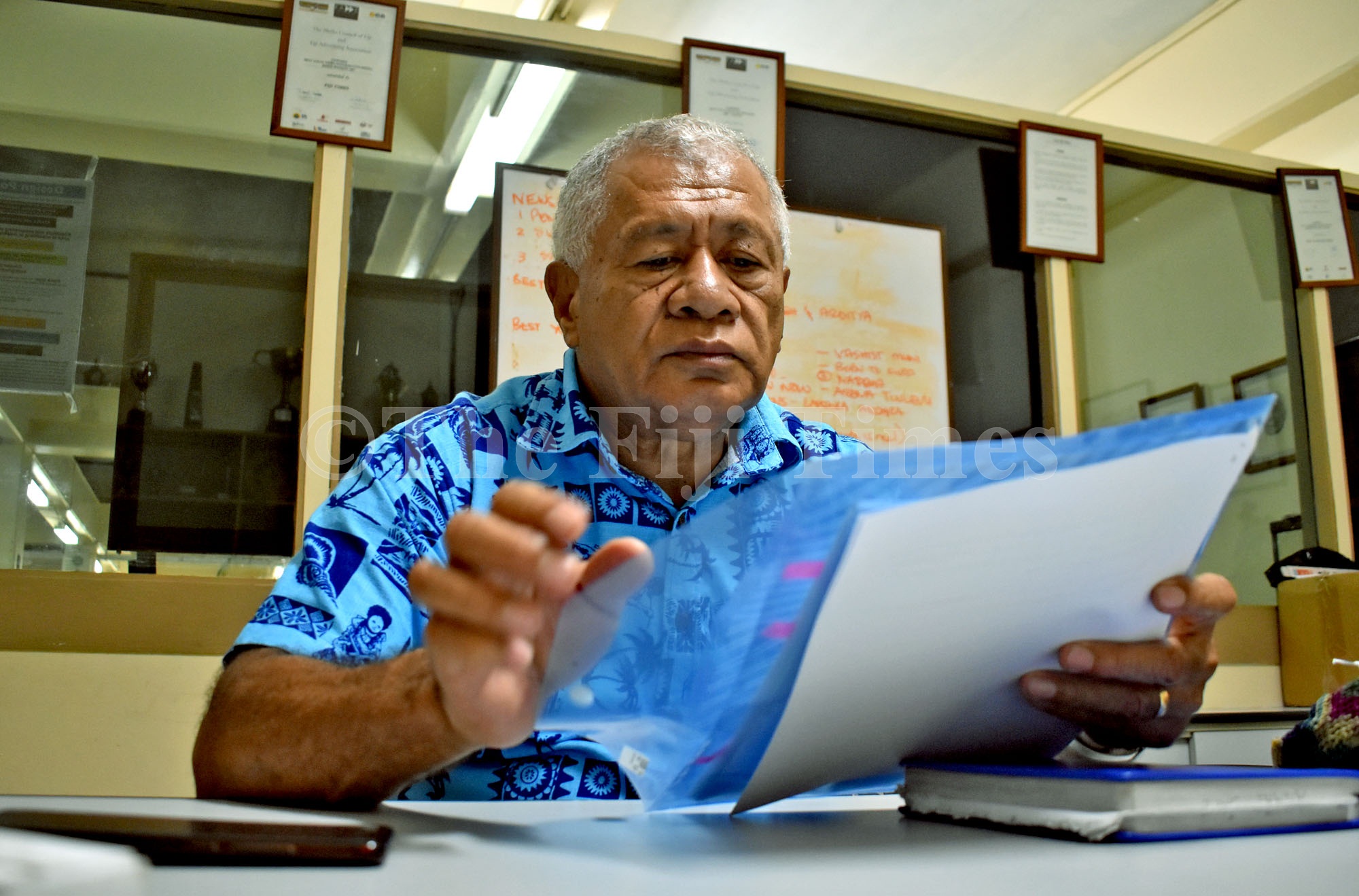 Anare Jale during an interview at The Fiji Times office in Suva on Monday, 20 May, 2019. Picture: JONACANI LALAKOBAU

THE Social Democratic Liberal Party (SODELPA) is working on appointing an independent investigator to conduct an inquiry into the leaking of the party’s confidential information.

This was revealed by the party’s acting president Anare Jale.

Mr Jale said a few complaints and grievances were received by the party’s management board at last Friday’s meeting regarding the issue.

He said it had been a concern to the party that the leaking of the party’s confidential information could lead to the departure of some of its supporters.

“That has been the concern not only to us. There has been a lot of information that has gone out to the public about the process being followed,” Mr Jale said.

“There’s a provision under our constitution to deal with that. We have to look into it seriously in order to avoid that.

“There were complaints that came through and grievances during the meeting on Friday. We are in the process of getting someone to investigate.

“It will be someone independent. I’m working on terms of reference for the person who will do the inquiry. According to our law, if the management board considers the grievances and complaints that come through, then it will decide whether to invoke the provisions of the constitution.

“At the last meeting, it considered some complaints and grievances and has decided to invoke those provisions.”

Meanwhile, Mr Jale is acting in the position of party president after former SODELPA president and Tui Cakau Ratu Naiqama Lalabalavu’s resignation was accepted by the party’s management board at last week’s meeting.

A new party president will be appointed at this Friday’s annual general assembly in Savusavu.