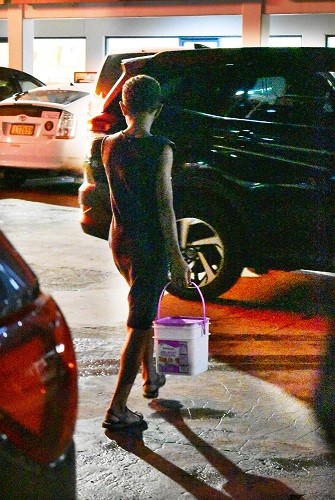 Fiji Council of Social Services executive director Vani Catanasiga says the issue of children selling food at night is a sign that social safety nets have broken down.

She said the increasing number of children selling food at night could be an indicator of the level of poverty in the wider community.

She also said it could be an indication that escalating food, fuel and bus fare prices were making it difficult for families to make ends meet.

Ms Catanasiga said the question that needed to be asked was “where are all the child rights organisation in the country?”

She said the fact children as young as eight years old were selling food parcels and other goods to help their parents should be a cause for concern for Government and non-government organisations.

“For me, it’s really about this — there is the Social Welfare Department and few other child rights organisations that receive a lot of funding and I don’t see the problem being fixed,” Ms Catanasiga said.

“It’s about time we start looking at our structures that exist, where are our social safety nets? Children in our culture are precious.

“If our children are still out at night, then that means that our safety nets that used to be there — both the Government and community — have broken down.

“It simply means the system is broken, it has to be overhauled.”

“Social protection floors are like protection provided by government, if there is a pandemic or natural disaster, the protection allowances will not be removed for the most vulnerable.

“There is something that needs to happen with children because they are everywhere on the streets in Suva, they are now in our faces but before we used to hide them, now they are right in front of our face.”

Ms Catanasiga also said the national coordinating committee for children needed to look into the issue.