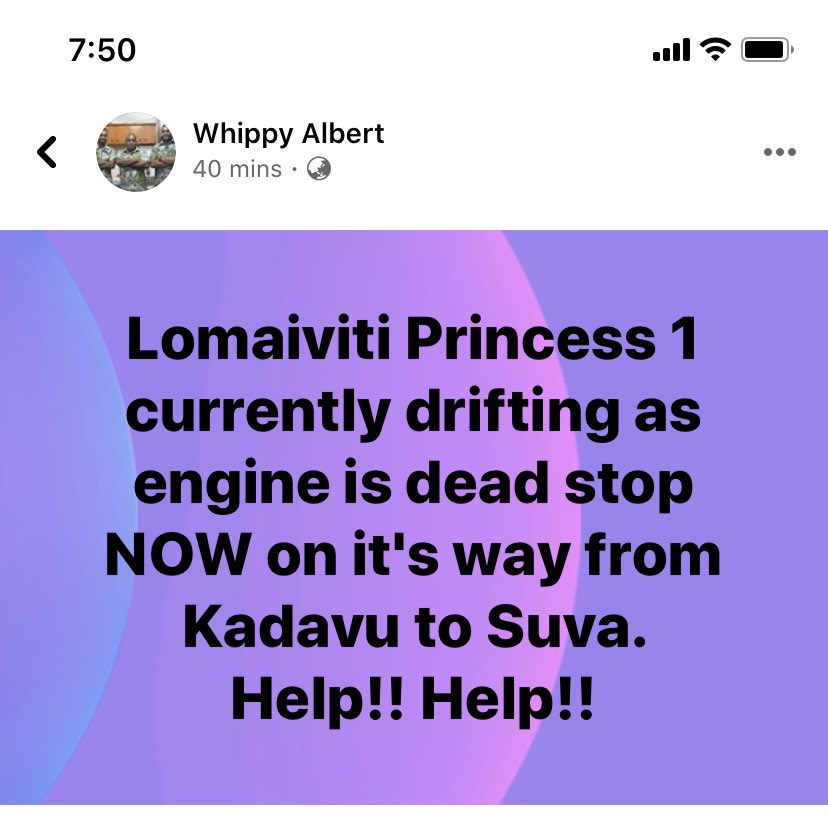 Reports have surfaced that inter-island vessel Lomaiviti Princess I bound for Suva from Kadavu is adrift after what is claimed to be the result of an engine problem.

The report supposedly from a passenger by the name Whippy Albert posted on Facebook less than an hour ago read: “Lomaiviti Princess I currently drifting as engine is dead stop NOW on its way from Kadavu to Suva. HELP!! HELP!!”

Fiji Times Online has been able to gather from exchanges between social media users and a relevant authority that it was aware of the situation out at sea.

It is not clear at this stage how many passengers and crew members are on board.

A rescue official who responded to the shared post by a concerned member of the public said no distress had been issued as crew members were working on the problem.

The official said RCC Fiji would closely monitor for now and activate search and rescue if the situation escalated.

Questions have been sent to relevant authorities.

An update will be provided as and when it comes to hand.