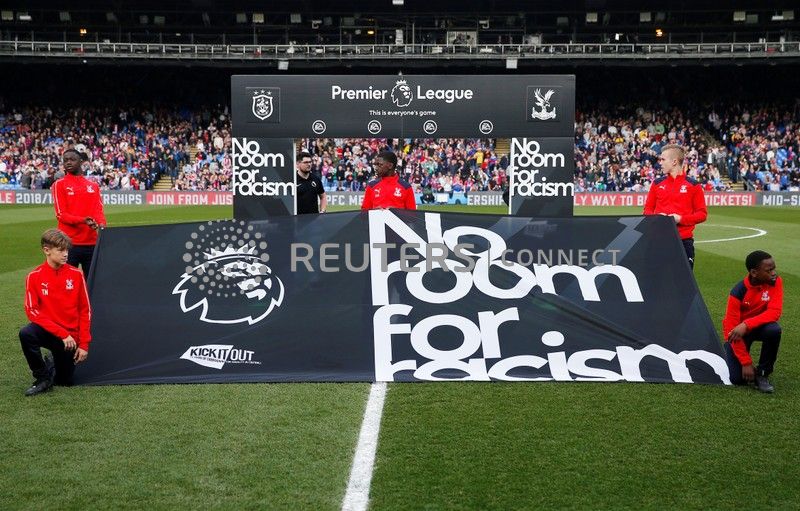 (Reuters) – Leading Premier League players on Thursday have backed the Professional Footballers’ Association’s (PFA) campaign to boycott social media for 24 hours in a stand against racism.

The PFA has urged professional players in England and Wales to post a #Enough graphic on their social media platforms before the boycott begins at 0800 GMT on Friday.

The campaign is an attempt to increase the pressure on social media companies and the sport’s governing bodies to take stronger action when responding to racist abuse, the PFA said in a statement.

Tottenham Hotspur and England defender Danny Rose said: “I don’t want any future players to go through what I’ve been through in my career.

“Collectively, we are simply not willing to stand-by while too little is done by football authorities and social media companies to protect players from this disgusting abuse.”

“Throughout my career I have developed a thick skin against verbal abuse, justifying it as just ‘part of the game’ but the time has come for Twitter, Instagram and Facebook to consider regulating their channels,” Smalling said.

Watford captain Troy Deeney, who disabled comments on his Instagram after abuse earlier this month, said: “On Friday we are sending a message to anyone that abuses players – or anyone else – whether from the crowd or online, that we won’t tolerate it within football.

“The boycott is just one small step, but the players are speaking out with one voice against racism.”

The PFA said the boycott was the “first step in a longer campaign to tackle racism in football”.