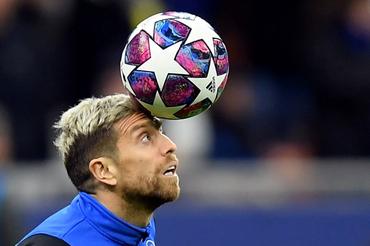 (Reuters) – Atalanta captain Alejandro Gomez has said people in his team’s home of Bergamo, the city in Italy most badly affected by the coronavirus epidemic, are using any excuse to try to evade a lockdown.

Under a government decree, residents are allowed out to go to the supermarket or to work, or to briefly walk their dog, but Gomez said those rules had been stretched to the limit by many.

Solitary outside exercise is allowed if people stay in the immediate vicinity of their home.

“There are still people on the streets,” Gomez said in an interview with the sports daily Ole which is based in his native Argentina.

“There are those who go for a run, those who go to the park to do sit-ups, those who take the dog out and spend an hour walking around because they are bored at home or those who lie about going to the supermarket.

“I don’t go out running, even though I’m a sportsman and it’s my job.”

In Lombardy’s northeastern city of Bergamo, 134 family doctors out of 600 — or 22 percent – have fallen sick or been quarantined, Guido Marinoni, the head of the local association of general practitioners, said. Three doctors have died.

More than 6,000 people have died in Italy from coronavirus, while there have been 63,927 confirmed cases in Europe’s worst-hit country. Italy’s top flight Serie A soccer league has been suspended since March 9.