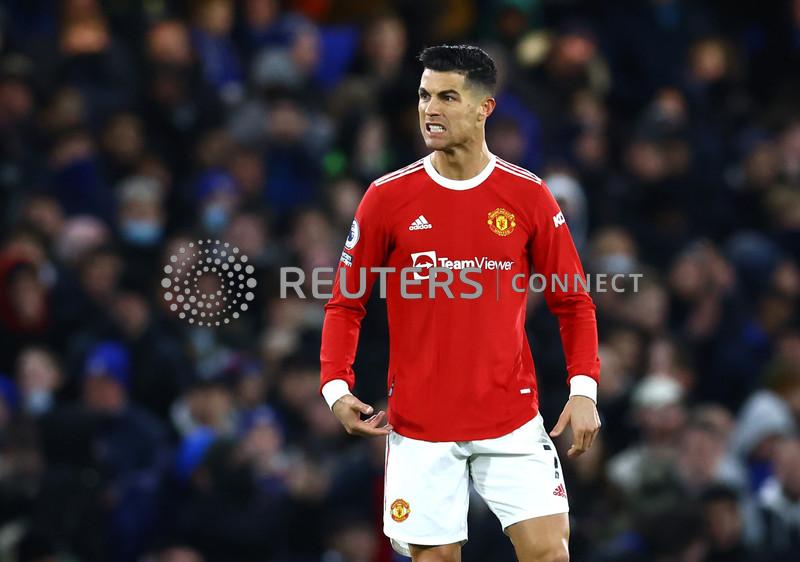 (Reuters) – Manchester United caretaker boss Michael Carrick said it was his decision to drop Cristiano Ronaldo for Sunday’s 1-1 draw with Chelsea and that he had received no input on team selection from Ralf Rangnick, who is due to take over as interim manager.

Former defender Gary Neville had suggested ahead of the game that German Rangnick had picked the team for the match but Carrick dismissed the pundit’s comments.

“That’s not the case, no,” Carrick told British media. “We came here with a plan.

“I kind of knew how Chelsea would play and we wanted to stop the passes through to Jorginho and Ruben Loftus-Cheek. There were a few changes to freshen it up and it’s what we decided to go with. We almost pulled it off.”

Ronaldo, who started and scored in United’s midweek Champions League win over Villarreal, came on in the 64th minute against Chelsea https://www.reuters.com/lifestyle/sports/league-leaders-chelsea-held-1-1-by-manchester-united-2021-11-28.

Jadon Sancho gave United the lead but Chelsea equalised via a Jorginho penalty.

“Slightly disappointed to be honest,” Carrick added. “We went ahead, we came here to win. To go 1-0 up and have it taken away from you is disappointing.”

United, who are eighth in the Premier League, 12 points behind leaders Chelsea, host Arsenal on Thursday.