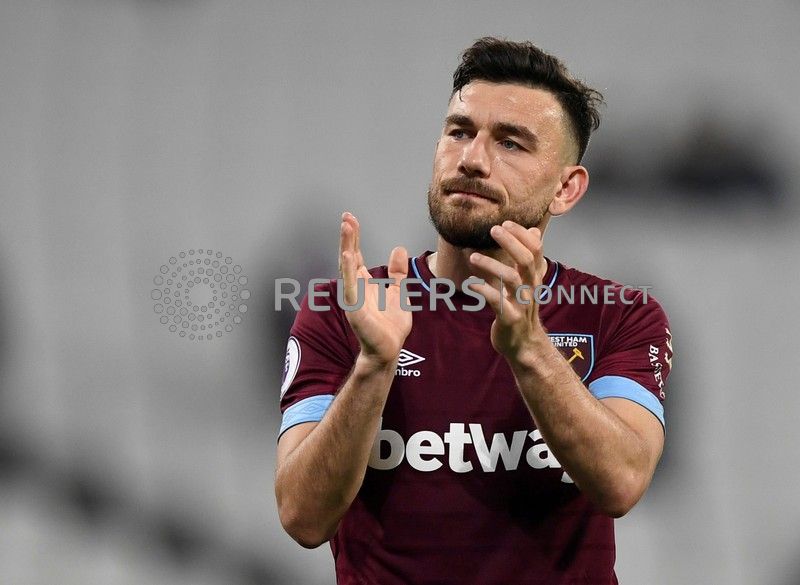 (Reuters) – West Ham United midfielder Robert Snodgrass has been handed a one-match suspension and a fine after being found guilty of misconduct towards UK anti-doping officials, the England Football Association (FA) said on Tuesday.

The Scotland international is alleged to have used “abusive and/or insulting words” towards anti-doping officials who went to West Ham’s training ground on Feb. 6 to conduct out-of-competition testing.

The match suspension is not active while the player considers his right of appeal, said the FA, which has also fined the 31-year-old £30,000.

Snodgrass has featured 36 times for West Ham in all competitions this season and has scored four goals.