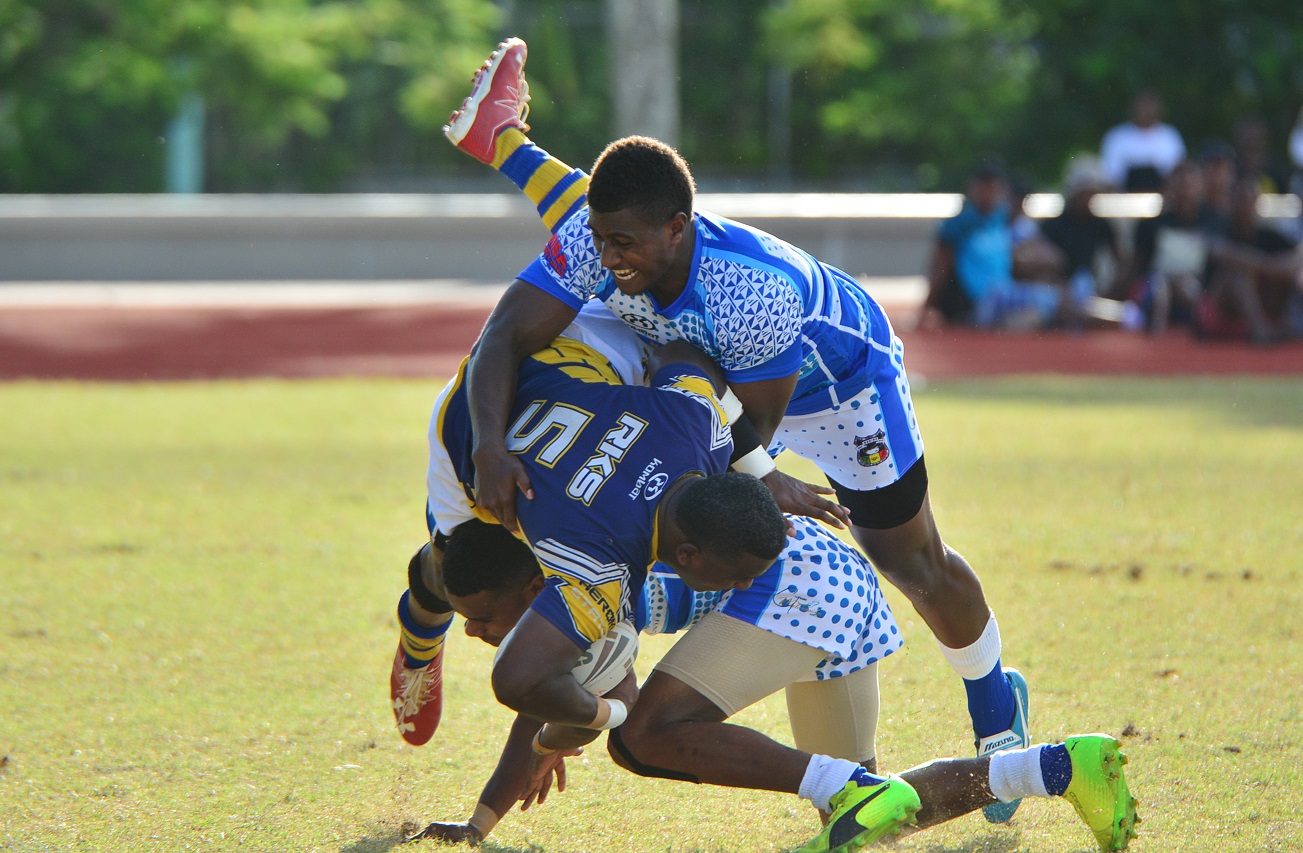 Maika Botebotelawa of RKS on attack against the Nasinu Secondary School defence during the final of the U19 grade of the Southern Zones Secondary Schools rugby league competition. Picture: FT FILE/JOVESA NAISUA

Fiji Secondary Schools Rugby League Association’s South Eastern Zone Association president Naisa Cama said competition in the zone had reached another level with some of the powerhouse schools in the competition now under pressure from small schools.

“Gone are the days of dominance from the schools regarded as frontrunners now that rugby league development is spreading to more and more schools,” Cama said.

In three weeks of competition, Cama said the competition had been intense and even small schools such as Kalabu Secondary School and P.T Shreedar Maharaj College producing good results.

“They have given bigger schools a run for their money and it makes you wonder just what effect a little more expertise provided to these small schools would have on the competition as a whole,” Cama also believes more Fijian boys are looking to play rugby league.

“It is a game suited to the natural ability of the Fijian athlete and even opportunities are opening very early for those who stand out in rugby league.”