Slovak prosecutor fired for contacts with suspect in journalist murder 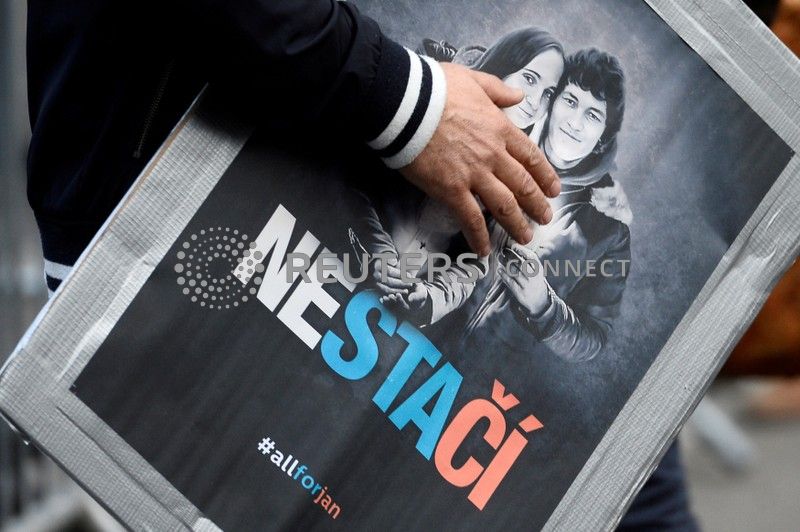 BRATISLAVA (Reuters) – Slovakia’s top prosecutor fired his deputy on Tuesday after he admitted having had online contacts with a woman held in custody on suspicion of ordering the murder of an investigative journalist.

The killings of Jan Kuciak, a reporter who wrote about political corruption and fraud, and his fiancée last year prompted the largest protests in Slovakia since the end of Communist rule in 1989.

The protests against perceived improper dealings between the political elite and businessmen forced the resignation of long-serving Prime Minister Robert Fico, although he denied any wrongdoing.

Distrust in political leaders — Fico kept his role as chief of the ruling Smer party and was replaced as prime minister by a party ally — has kept media attention on any signs the murder had any link to the euro zone country’s ruling circles.

The general prosecutor’s office said its deputy chief Rene Vanek was fired because he had exchanged Facebook messages with the suspect prior to her arrest, as reported by Slovak media, and had failed to disclose those messages.

“General Prosecutor Jaromir Ciznar withdrew the mandate of his deputy Rene Vanek over media reports he had verified from multiple sources, effective today,” a spokeswoman for the chief prosecutor said on Tuesday.

Police arrested four people in October, including the woman they identified only by her initials as A. Z. who was charged with ordering the murder. Media have identified her as Alena Zsuzsova. She has denied any wrongdoing.

Police have said the motive, and whether she worked for someone else, was unclear.

Zlatica Kusnirova, the mother of Kuciak’s murdered fiancee, told Slovak daily Dennik N on Monday that police had found the suspect had kept archives of her online communication with a number of high-ranking officials including Vanek.

Vanek told the daily he had communicated online with A.Z. since 2013, when he became deputy general prosecutor, but never met her in person and knew her only under a pseudonym.

Their last contact was in September 2018, three days before she was arrested, Vanek told Dennik N on Monday, adding that he learned her identity from the media only after the arrest.

He said he did not inform his superiors because he “did not feel he had conflict of interests and had no access to the Kuciak case”. A number of other politicians also said they had been contacted online by the woman.