Skipper’s legacy – A lover of the sea 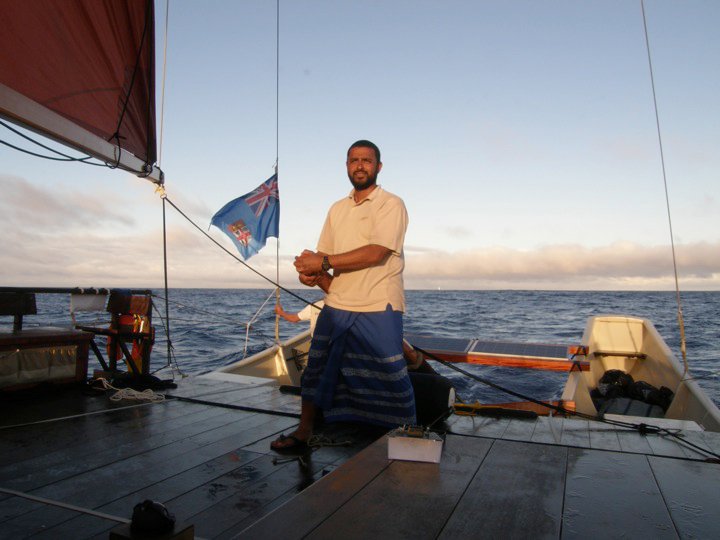 Dawn breaks on the Uto Ni Yalo with Skipper at the uli (helm). Picture: SUPPLIED

To say that the late Captain Jonathan Smith was an “old salt” would be an understatement.

His love for the sea stemmed from a long lineage of Smith patriarchs who had an intimate relationship with seafaring and all things nautical.

From the moment he discovered the mystery of the deep blue to when he was laid to rest last week Monday, “Skipper” as the late Captain Smith was fondly

known, was the epitome of an “old salt”.

In fact, his voyages on the traditional sea-going canoe Uto Ni Yalo from 2010 to 2012 were in some ways an opportunity for Skipper to revisit the challenges and difficulties his forefathers faced when they battled the elements on the great sea journeys they took.

He was a fourth-generation captain.

His great-grandfather, Captain Joseph Smith sailed to Fiji from England in the early 1900s and married Florence Mitchel of Qamea.

The third of their five sons, Stanley Fredrick Smith, his grandfather, also became a captain. Skipper, as he was affectionately known, was born on August 23, 1973, to Fredrick George Smith and Stella Alexandra Louise Smith nee O’Connor.

He was the eldest of five children including Wallace, Floyd, Leeanne and Reona and had links to Lovoni, Taveuni, Kadavu and Levuka.

Before he earned his stripes as a captain, he had a lot of leadership practice
with his siblings.

His brother Wallace said before their parents would go to choir practice on Saturday morning, the Smith siblings would be given instructions on the
chores they were supposed to do.

“Skipper would change it around and reassign everyone,” he said.

“But no matter what, the house was always spotless before mum and dad got home.”

Their father was a mechanic and operated Smiths Automotive Services, a garage in Lautoka.

Skipper, however, decided on a different path and took to the sea.

Wallace said it was “just something that was always in his blood”.

“He was always drawn to the sea from when he was born.

“We the siblings have all gone into our own fields, but that was always his calling.

“The sea speaks to everyone differently, and it definitely called Johnathan.”

As a brother, he said Skipper could be “a hard case” but he always cared for his family and no problem lasted more than a day.

Skipper’s love for his family was also reflected in the love he had for his friends and the many relationships he formed with the people he crossed paths with.

In her eulogy, his cousin Sylvia Sagar recalled Skipper’s first day at Veiuto.

She said she was given the responsibility of looking after him.

“Until he made friends, it was my responsibility to make sure he was OK at school,” she said.

“As you can imagine, it wasn’t long before he didn’t want to hang around with me anymore, he had made his own set of friends.”

When the family moved to Lautoka, a new set of friends was found, including the now Reverend James Bhagwan, who said Skipper used to make fun of him as the “talatala who got chased out of Sunday school for asking too many questions”.

Another close friend, Aman Ravindra- Singh, said he remembered him as “a jovial and positive person from high school”.

“He always got on with others – new and old – and was always prepared to help anyone and everyone,” he said.

In 1992 Skipper attended the School of Maritime Studies and lived with Sylvia’s parents in Suva.

It was while he was at maritime school that he met Mavis Shaw, the woman who would eventually become his wife. 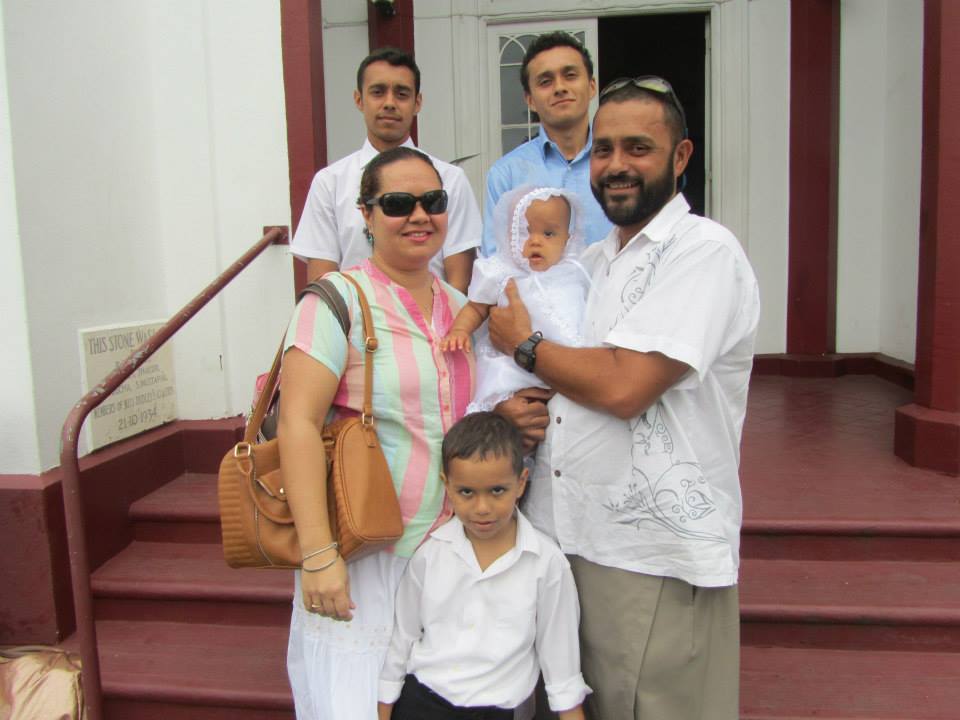 She said they first laid eyes on each other at a popular Suva night spot.

“A month later he came to my sister Harriet’s birthday and well it started from there,” she said.

They dated for a few months before Skipper was called to sea. It was after he left that Mavis found out she was pregnant.

In March 1996, their eldest son Tristan was born and they married six months later because of his schedule at sea.

Skipper’s career path meant he had to spend long periods of time at sea, away from his growing family.

But he was able to do it because he could always count on Mavis’ support.

“I always supported him, I told him I would take care of the home front.”

They went on to have three more children, Jeric, Carter and Shaula.

He spent his time on bulk carriers and container ships, building his experience and climbing the chain of command.

During his journey, he encountered many challenges.

In 2002, he and his crew were stranded in Bangladesh after their ship was arrested for unpaid bills, Wallace said they were stuck there for nearly six months and survived on rainwater and rice.

“He never lost hope and never let the crew lose hope either,” he said.

“Some of them were ready to end it all, but he just kept telling them to stay positive, that they would all make it through.”

After arriving home from Bangladesh, he traded life on the high seas to be closer to his family.

He took up a job with Nai’a Fiji, a dive-cruise company based in Lautoka.

In a tribute message, cofounder Rob Barrel said he knew Skipper was the man they needed to run their ship.

He said Skipper was a true leader who took responsibility for errors and was highly respected and regarded for both his seamanship and his character.

Even after leaving, he would always return to take the Nai’a on international expeditions.

He later went to the Middle East and while there, Skipper got a call from Colin Philp who was looking for a captain for the Uto Ni Yalo’s maiden voyage and he came back home to sail it some 30,000 nautical miles around the Pacific.

“I think if we searched for a hundred years, we wouldn’t have found a more perfect captain to be the first Uto Ni Yalo skipper on her maiden voyage around the Pacific and the longer voyage all the way to the United States,” Mr Philp said.

“And the kava session on the Uto Ni Yalo became the norm wherever we
anchored.”

Skipper was very vocal and articulate on matters affecting the country and with his passion for the sea.

Colleagues and friends said he knew what he was talking about, walked the talk, and never minced his words.

To some he was a marine environmentalist, to others he was the go to “weatherman”, a captain or as Mr Philp put it – “Simply a friend or a kava buddy”.

The line was often blurred as he formed family-like relationships with those who he engaged with at work or around the tanoa. He was also very welcoming to young people and would often sit with his sons and their friends to talanoa on the porch at Nukuwatu,
Lami.

But at the end of the day, he was a family man. He moved close to home to be with his wife and kids who he loved dearly, he cared immensely for siblings, he spoiled his nieces and nephews and would’ve been the world’s best Pa too.

A day before he was to bury his mother, Skipper suffered a heart attack while driving in Lautoka on Monday, August 9.