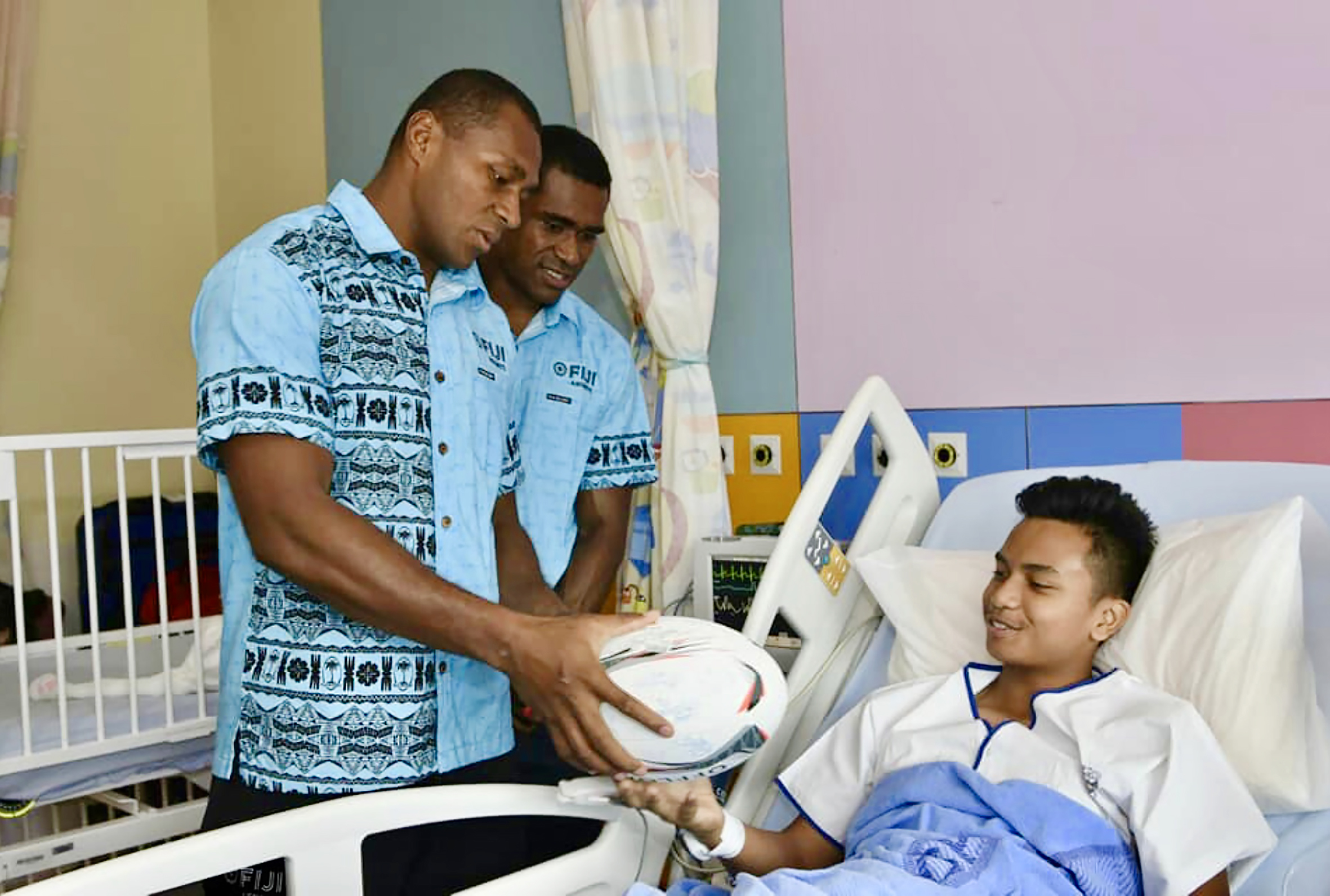 Fiji Airways Fiji 7s team captain Paula Dranisinukula and Aminiasi Tuimaba present a rugby ball to one of the patients at the KK Women’s and Children’s Hospital in Singapore during their visit. Picture: SUPPLIED/FIJI RUGBY

It’s the support and prayers from home, the vocal support at the World Rugby Sevens Series venues, and watching the noble banner blue swing proudly around the ground that motivate the players to fight for this small nation in the annual series.

The pair said it was the belief the players had on Fijian supporters as one of the main components towards the successful defence and victory in Hong Kong last weekend.

The belief in the team will again be a talisman that our gladiators will use as the driving factor towards another title defence at this weekend’s HSBC World Rugby Sevens Series Singapore 7s tournament.

The Singapore 7s defending champions have found themselves heading a strong pool A alongside South Africa, Scotland and again Kenya.