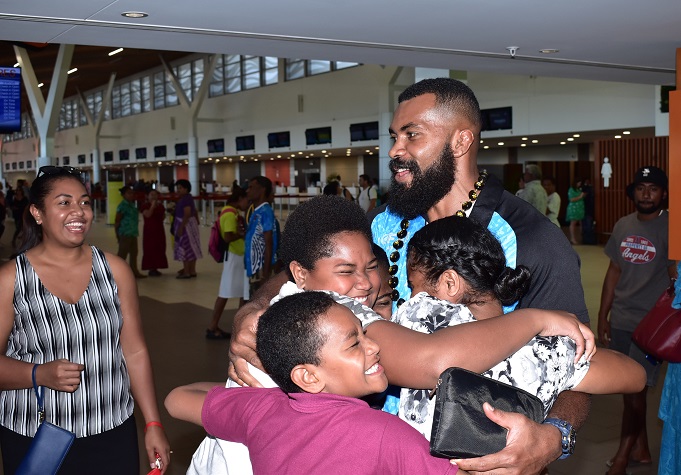 FIJI Airways Flying Fijians captain Dominiko Waqaniburotu is encouraging fans to keep supporting the team as it heads into its 2019 Rugby World Cup campaign in Japan.

The 33-year-old who led Fiji in a historical 21-14 victory against tier one nation France last year said the boys were ready for the upcoming Rugby World Cup.

He said there was a lot of brotherhood in the team. “We have two weeks to go and the boys are ready,” Waqaniburotu said.

“There has been a lot of support from the fans in Nadi and Suva during our training sessions.

“The boys have been enjoying the support from the public.

We need all the support that we can get for the RWC. “I always have butterfly in my stomach and I’m always nervous from my first game.”

Waqaniburotu made his debut for the Flying Fijians in 2010 against Australia. The former Marist Brothers High School student said he was never used to big games. He said Fiji’s rise to number nine in the world did not matter much but they had to be consistent in every game.

“I always say that the first game for me leading a special of group of boys will be an honour and privilege,” Waqaniburotu said.

“There is a lot of brotherhood and bringing in the unity in the team. They have brought the boys together both on and off the field as well.

“For me I don’t really focus much about the rankings because it is how the team performs. “There is one moment that we can be up and one moment down so it is the consistency that we need.”