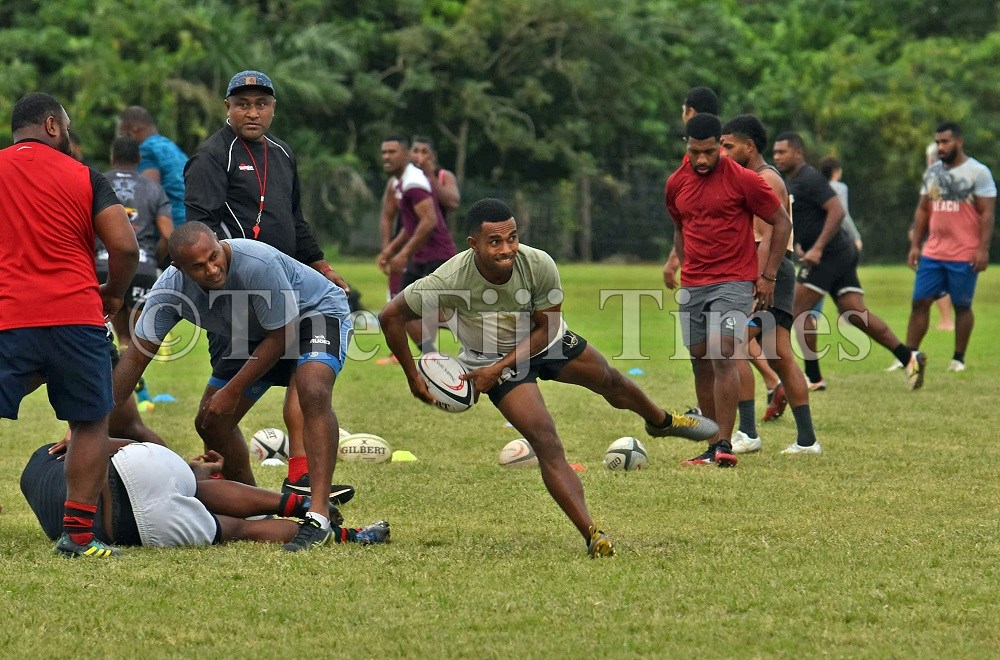 Terio Tamani delivers the ball from the base of a ruck during the Suva rugby team training session at Bidesi Ground in Suva on Thursday. Picture: JONACANI LALAKOBAU

The Skipper Cup holders, Suva rugby team, has made it their priority to wrest the prestigious Farebrother Trophy from holders Nadroga in the next fortnight at Lawaqa Park in Sigatoka.

The capital side has made it its mission to keep the Skipper Cup for three years in a row and its is confident of accomplishing its goal.

“This year, with your continued support and prayers, we aim to make it three in a row and hope to bring to the Capital City the Farebrother Trophy,” said Tuiloa.

Nadroga Rugby Union president Tiko Matawalu is aware of Suva’s capability and the Stallions are working on holding the fort during the match.

“Suva being the Skipper Cup holder from last year and BLK Nadroga as Farebrother Trophy holders from 2019, will be a cliffhanger knowing what the two teams will bring into this match,” Matawalu said.

“Suva is laced with so many talented players and most of them came through our system and were able to secure work in the Capital City.

“We are aware of each other’s capability when it comes to preparing for such a match.

“This is an uphill battle for us. With minimal time at hand we have identified a lot of work to be done in this first two weeks of preparation.”

Meanwhile, the first round of the Skipper Cup competition will kick-start on July 25 with Nadroga and Suva playing in a double header match.

Namosi is sheduled to host Tailevu at Thomson Park in Navua, Naitasiri to face Lautoka at Ratu Cakobau Park in Nausori and Nadi to play Yasawa at Churchill Park in Lautoka.