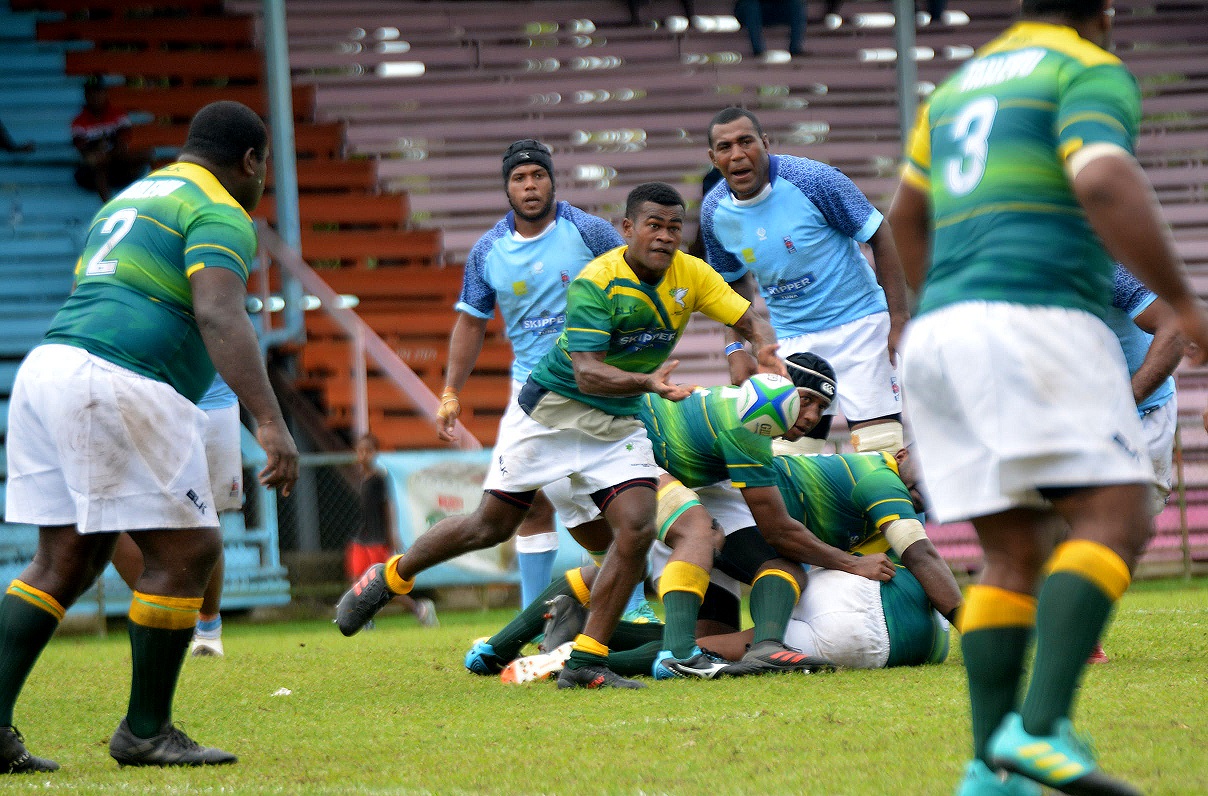 Tailevu halfback Autiko Domonikieau clears from the base of the ruck against Suva during their opening 2019 Skipper Cup fixture at Ratu Cakobau. Picture: JONA KONATACI

THE Suva rugby team edged Tailevu 15-10 in the first round of the Skipper Cup competition at the Ratu Cakobau Park in Nausori.

Both teams scored two tries each but the difference came from the goal kickers where Suva’s fullback Enele Malele striked a penalty kick and a conversion and missed one but Tailevu fullback Jone Qauqau and fly-half Waisale Dau missed a couple for Tailevu that could have changed the outcome of the match.

In the halftime break Suva led 8-0.

Tailevu forwards were impressive with their counter attacks and drived back the Suva forward packs.

Tailevu team manager Levani Matea was impressed with his players performance in the opening round of the Skipper Cup.

“I’m happy with the boy’s performance despite the loss especially our forwards going against the best forwards pack in the country and they gave Suva a good run,” said Matea.

In the under 19 competition, Suva beat Tailevu 15-12 but in the women’s division Tailevu thumped Suva 34-10.