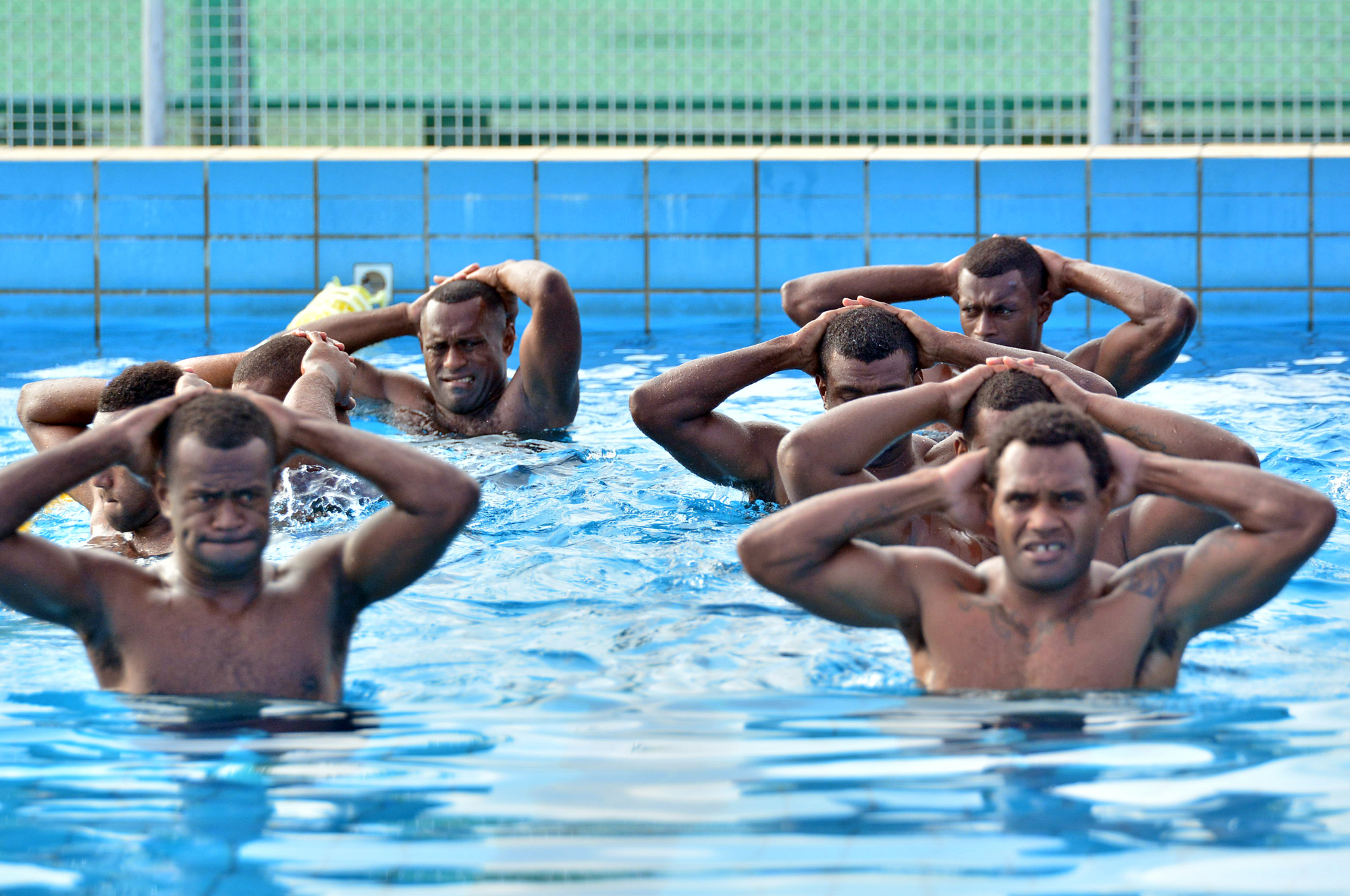 Rewa rugby players during their pool session at the Damodar City Aquatic Centre at Laucala Bay, Suva, on Monday, May 28, 2018. Picture: JOVESA NAISUA

THE Rewa rugby team will focus on strengthening their forward pack if they want to give Suva a good run for their money in the sixth round of the Skipper Cup competition.
Coach Alivereti Doviverata said the capital side had experienced players and they needed to play smart rugby.
“I have a young side and they will be playing against a strong Suva team, so my message is just to maintain pressure and minimise errors,” Doviverata said.
Rewa is in fourth place with 14 points and has won three matches and lost two during the round robin matches.