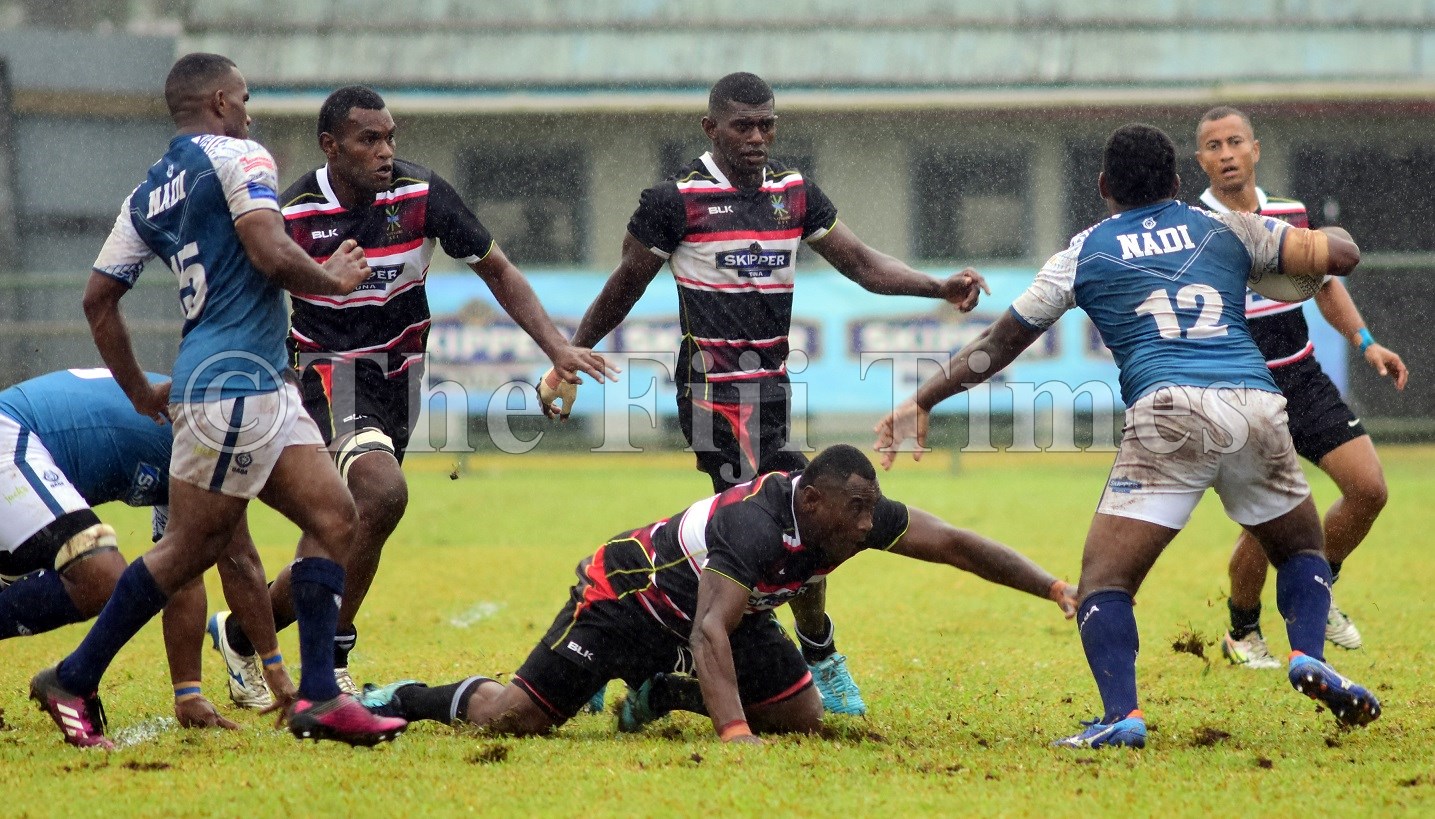 Action from the Naitasiri and Nadi match in the second round of Skipper Cup competition at Ratu Cakobau park last Saturday. Picture: ATU RASEA

Naitasiri rugby team currently leads the points table after the second round of the Skipper Cup competition.

They lead with nine points, Farebrother Sullivan Trophy holders Namosi at second place with eight points while Nadroga, Suva and Tailevu share five points. However due to points differences, the Stallions are ranked third and the capital side at fourth place while Tailevu is placed fifth.

Meanwhile the two undefeated teams in the competition will battle this Saturday as Naitasiri challenges the Farebrother trophy from Namosi at Thomson Park in Navua at 3.30pm.  Tailevu will take on Nadroga at 3pm at Ratu Cakobau Park, Yasawa will face Lautoka at 3pm, Nadi will play Suva at 3pm at Prince Charles Park