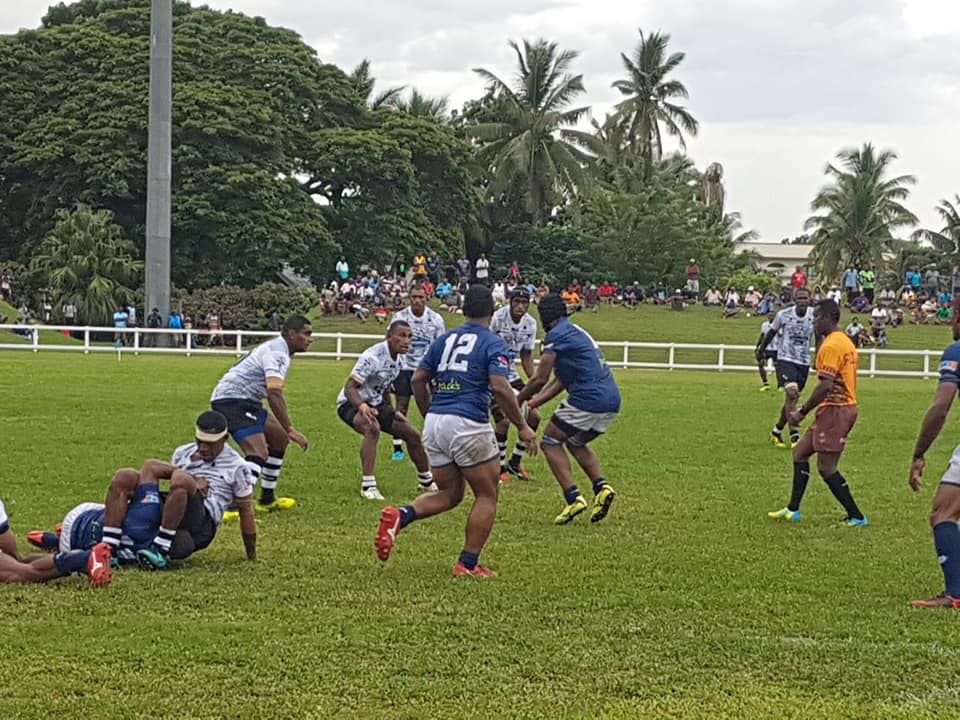 Action from game between Nadroga and Nadi which Nadroga lost, 40-18. Picture: SUPPLIED

THE Nadroga rugby team is expected to field a new line-up when they take on the Skipper Cup defending champions Suva at the ANZ Stadium on Saturday.

The Esala Nauga coached side kicked off the season with a poor performance against Nadi earlier in the month going down to the Jetsetters 40-18 at Sigatoka’s Lawaqa Park.

Nadroga rugby president Tiko Matawalu said the players have learned from their mistakes and weaknesses and are ready for the second round.

“The first round against Nadi was a wakeup call for the boys to better their performance against Suva which is expected to be a tough match,” said Matawalu.

“Suva will select their best players and they have some very good players but we’ve also made some changes in our line-up because the selectors are aware of Suva’s capabilities and that’s why they are focusing on selecting the best to take on the Skipper Cup defending champions on Saturday.

Nadroga rugby has been facing issues on the fast drainage of talented players that have moved to other club and overseas but the coaches believe that there are many raw talents that have impressed them during the Nadroga Super Rugby franchise that is scheduled to play its final game on Friday.

“The main purpose of the competition is talent identification and through this we create opportunities for coaches to identify players that can fill into the shoes of our rapid player drains either for local or overseas opportunities,” Matawalu said.

The last time Suva played Nadroga at the ANZ Stadium was the Skipper Cup final last year when Suva came from behind to edge Nadroga and win the cup.