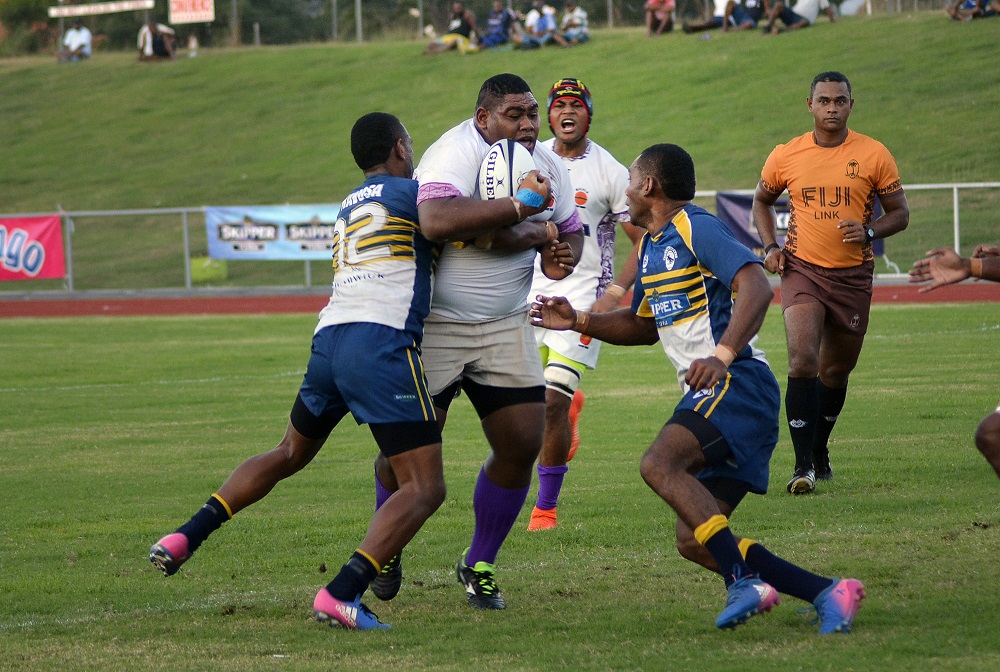 Isoa Vasukilili in control for Malolo against Navosa during their clash at Churchill Park in Lautoka yesterday. Picture: BALJEET SINGH

THE Malolo rugby team secured a crucial 30-20 bonus point against Navosa in the five of the Skipper Cup competition held at Lautoka’s Churchill Park last night.
The Aca Ratuva-coached side outsmarted Navosa upfront with structured set pieces play then unleashed their speedy backline to do the damage.
The win was crucial for Malolo knowing a loss could cost the side a spot in next year’s competition.
Malolo who also defeated Namosi earlier in the competition has recorded two wins from five games and needed to do well in the remaining two rounds to maintain its spot in the top division.
Navosa, on the other hand, has recorded one win from five games and the side needs to win all their remaining games to remain in the major division.
Meanwhile, in other Skipper Cup games this afternoon, Naitasiri hosts Suva in Naluwai, Nadroga faces Namosi at Lawaqa Park, while Rewa and Nadi battles at the Burebasaga School ground.

Sixteen Fijians among hundreds removed from mosque in India