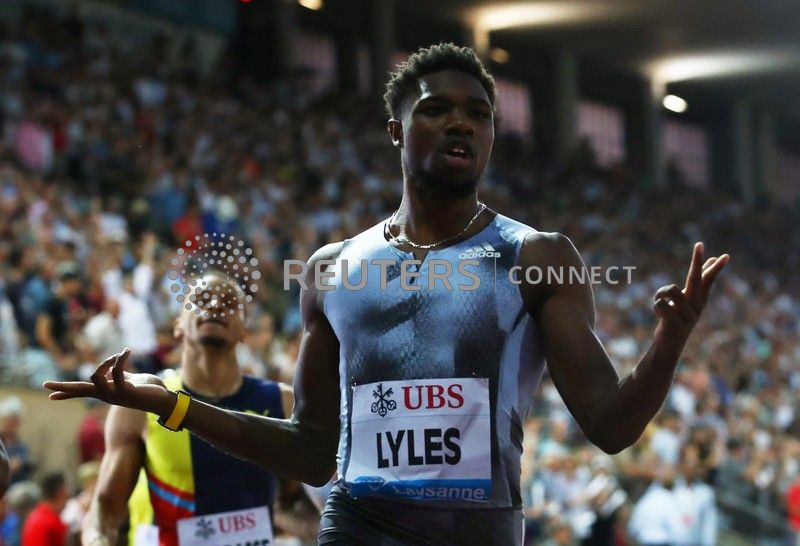 (Reuters) – Noah Lyles became the fourth fastest runner ever at 200 metres when the American roared to victory in a sizzling 19.50 seconds at the Lausanne Diamond League meeting on Friday.

The time was the eighth fastest ever and the best in seven years.

“My socks keep yelling at me: ‘It’s time to go Plus Ultra'” the 21-year-old had tweeted before the race, and did he ever.

Bouncing back from a rare loss at the distance to compatriot Michael Norman last month in Rome, Lyles showed he will be the man to beat in October’s world championships in Doha.

“The track here is burning up,” said Lyles, who blistered his previous best of 19.65 seconds.

“It was a good, well executed race,” he told reporters. “It was about getting out strong.

“There is nothing better than seeing the accomplishments of what you have put in,” he said of the hard work he and coach Lance Brauman have done lately.

The 37-year-old American, who ran 9.87 seconds at Stanford on Sunday, gained more confidence with a 9.92 performance for a comfortable victory over compatriot Mike Rodgers (10.01).