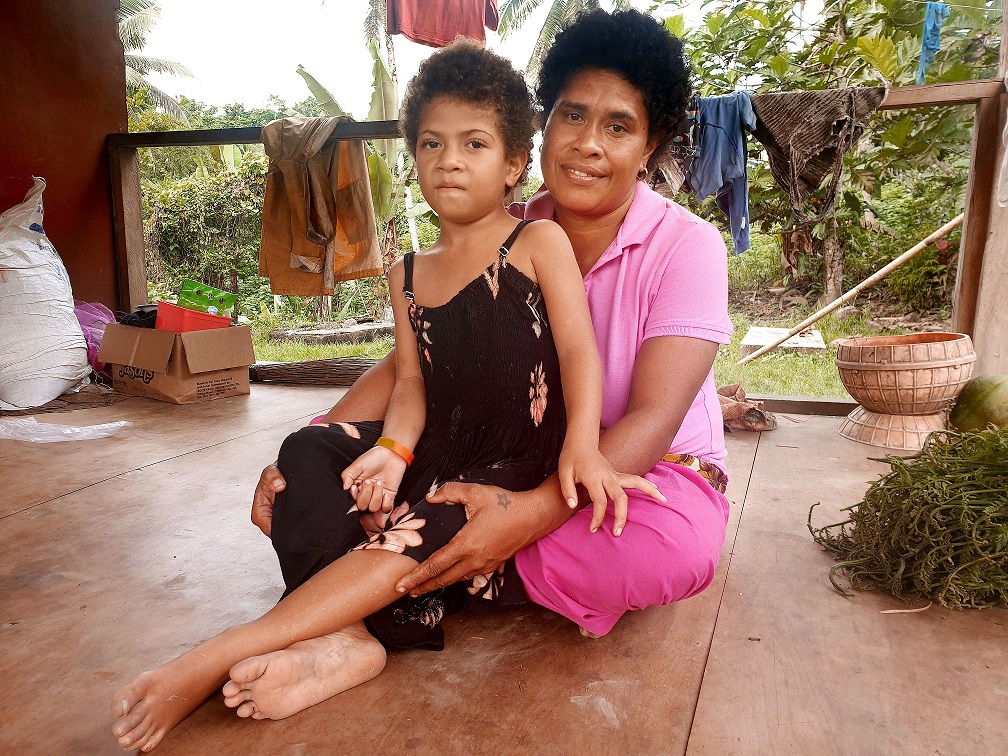 “Au masu qai tu’una vei Maria na jinai Jisu me lomani au (I prayed and asked Mary, the mother of Jesus to have mercy on me).”

This was the prayer offered by Joana Vulase Baleiwaiyevo, 6, as she rested in the cabin of the fibreglass boat that capsized between Rabi Island and Karoko shores in Cakaudrove.

While trapped in the cabin, she yelled out “Nana, Nana, au via la’o yani vei i’o” (mum, mum I want to come to you).

But her mum, Salaseini Baleiwaiyevo, who was hanging on to the side of the capsized boat, didn’t hear her as the sound of the crashing waves drowned Joana’s scream for help.

Instead, two mothers who clung on to the opposite side of the boat heard Joana but thought that she was with her mum.

When Joana was rescued from the cabin of the boat where she was trapped, she yelled out, “Au gunu wai tui, au sa bula (I drank seawater and I am alive)”.

Yet, her parents and relatives who were on site, thought she had died because she was the last to be found.

In describing the terrifying night, the Year 1 student of Mabuco Catholic School in Nawi Village said it was her faith in God that saved her.

When the boat capsized last Thursday evening as she clung on to dear life from 6.20pm to 9pm, Joana remained in the cabin for three hours with the coffin which contained the dead body they were transporting to Tabiang Village, Rabi Island.

It was the tip of that cabin where she survived as the seawater didn’t reach the top of the cabin.

Sharing her experience, Joana softly said she fell asleep when the boat she was trapped in, alone, ran aground on the reef.

“When my feet touched the reef, I injured my feet but I said my prayers and fell off to sleep,” she said.

“I prayed to Mary the mother of Jesus and I asked her to help me and while I was asleep, I saw a light approaching me and felt someone pull my leg.

“It was the diver, my cousin who came to rescue me and when he first came, he pulled my leg and I gripped the side of the cabin tightly because I thought it was a shark.

“But he pulled me again and I let go and he took me out and to the boat that came to rescue us.”

Her mum Salaseini Baleiwaiyevo said no one knew her daughter was in the cabin.

She said Joana survived in the nose end of the cabin which didn’t go under water as the engine side partially sunk in water.

“The other women who were with us out at sea and clinging on to the boat thought she was with me but I knew she was gone with the waves,” she said.

“I didn’t know that when the boat capsized, Joana was still inside the cabin.

“Until today, I just don’t know how she stayed in the cabin, calm and prayed believing in God’s protection.”