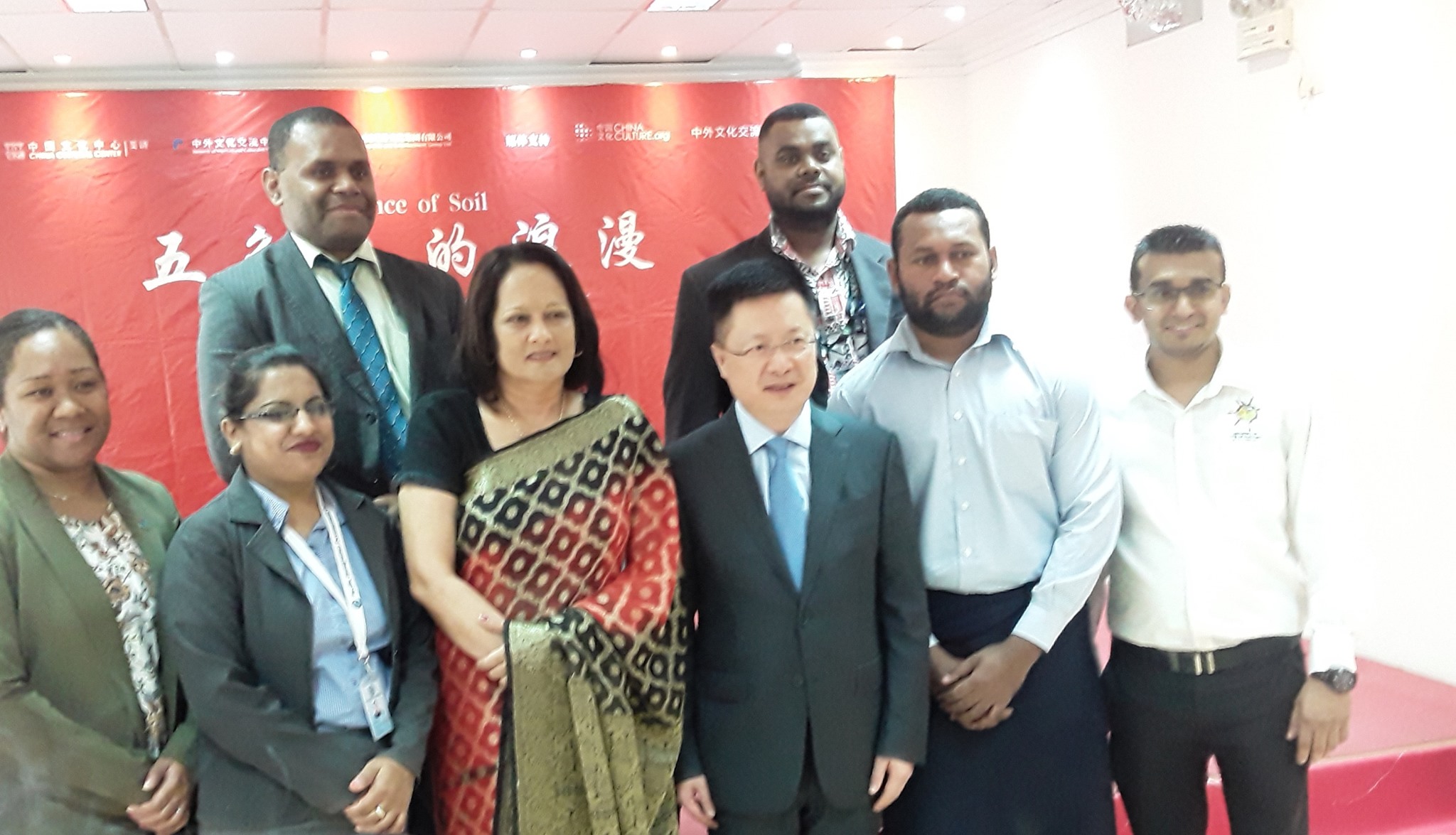 Six participants at the Young Leaders Program with the Minister for Education and People's Republic of China ambassador to Fiji Qian Bo. Picture: ARIETA VAKASUKAWAQA.

ONLY six people have been selected to undergo the young leaders program in China out of the 200 government director and manager level officials that applied this year.

This was highlighted by the People’s Republic of China ambassador to Fiji Qian Bo while opening the Chinese Farmers Paintings Exhibition at the China Cultural Centre in Suva this morning.

The six government officials would undergo capacity building in Guangdong Province in China from August 16 to September 8.

“I learned that more than 200 government director and manager level officials were competing for application. I wish all the delegates a pleasant and fruitful journey in China,” he said.

Mr Bo said they worked with the Ministry for Foreign Affairs to select the successful applicants.