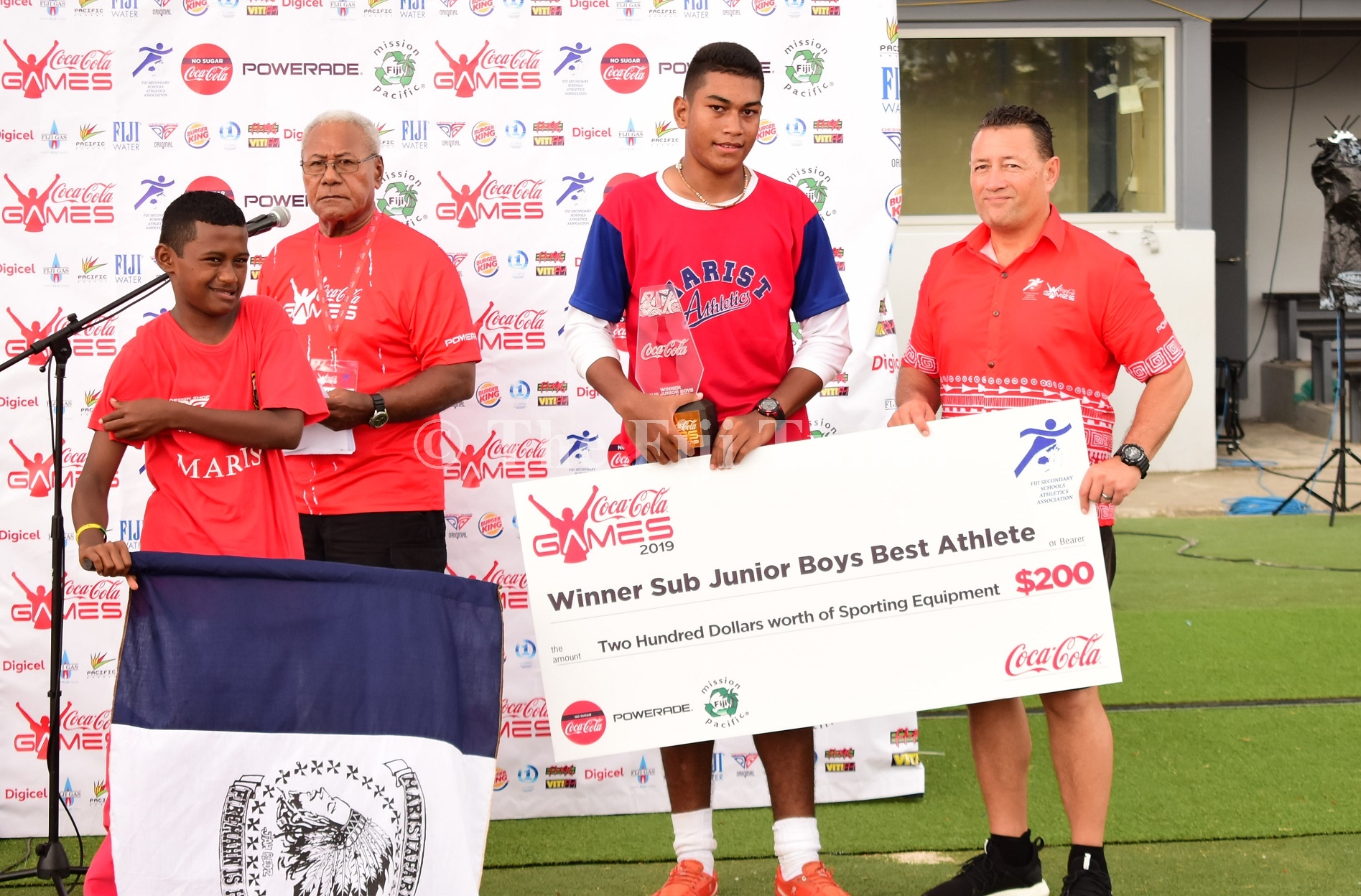 A TOTAL of six records were broken at the 2019 Fiji Finals held in the last three days at the ANZ Stadium in Laucala Bay, Suva.

Xavier College student Shawntell Lockington broke the record of the senior girls high jump with a jump of 1.68m beating the old record of 1.64m set by Diana Maranikaibau of Holy Cross College in 2013.

The sub-junior girls shot put record was broken by Amy Peters of Jai Narayan College who threw at a distance of 11.47m breaking the old record of 10.97m set by Tokasa Waqanisauvaki of Adi Cakobau School in 2017.

Vilimoni Susunikoro broke the record for the sub-junior boys javelin event throwing at a distance of 50.52m breaking the old record of 47.6m set by Simione Koliloa of St John’s College in 2017.