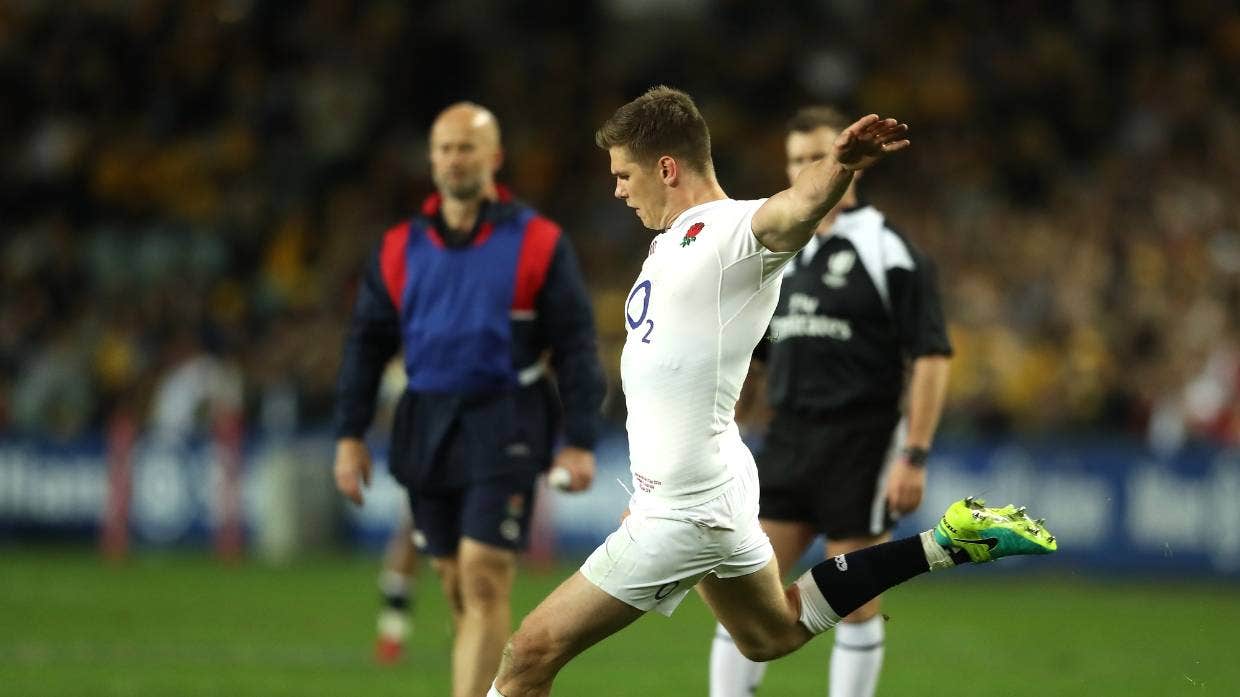 Owen Farrell will captain England in the Six Nations despite not playing since November. Picture: STUFF SPORTS.

England and Wales will both be led by flyhalves in the Six Nations.

The teams announced their enlarged squads for the upcoming competition on Tuesday, with Owen Farrell retained as England captain despite not playing any rugby since November when he sustained an ankle injury in the win over Australia.

Dan Biggar, another No. 10, will captain Wales while Alun Wyn Jones is recovering from shoulder surgery he required after also getting injured in the autumn tests. It will be Biggar’s first time as captain.

Farrell’s return – he will look to prove his fitness on Sunday with a comeback for Saracens against London Irish in the European Challenge Cup – meant there was no recall for George Ford, despite his outstanding domestic form for Leicester Tigers.

Marcus Smith and uncapped Bath player Orlando Bailey were included as flyhalves, with Farrell set to move into the centers if coach Eddie Jones decides to start Smith.

Ford is one of a number of big names who continue to be omitted, along with Mako and Billy Vunipola and versatile back Elliot Daly.

Sam Underhill, an ever-present from the 2019 Rugby World Cup squad and up until now a key member of Jones’ back row, has been overlooked, too.

Winger Jack Nowell makes his first appearance in an England squad since the World Cup, having recovered from a succession of injuries.

Wales coach Wayne Pivac said Biggar’s experience meant he was ideal for the role as the replacement for Jones, who has undergone two shoulder operations since being hurt against New Zealand in October.

“With the experience missing, we wanted someone who had experienced the competition on a number of occasions and knows the rigours of it,” Pivac said.

“He gives us that. He has 95 Wales caps and he has toured with the British and Irish Lions. Dan has the respect of the other players and management, so we think he will do a great job.”

George North, Leigh Halfpenny, Ken Owens, Josh Navidi, Justin Tipuric and Taulupe Faletau missed out because of injury along with Jones but flanker Ross Moriarty, who has not played since the autumn due to a shoulder problem, made the 36-man group.

World player of the year Antoine Dupont looks set to continue as France captain as Charles Ollivon, skipper in the last two Six Nations, won’t be rushed back from a serious knee injury. Dupont, himself, hasn’t played for a month because of a knee issue but is expected back for Toulouse this weekend.

Flyhalf Matthieu Jalibert wasn’t picked after a thigh injury last weekend but should be fit for the start of the championship.

Backs Virimi Vakatawa and Teddy Thomas and lock Bernard le Roux are back after missing the autumn tests, while there are seven uncapped players in the squad of 42: Clermont prop Daniel Bibi Biziwu, locks Florian Verhaeghe of Montpellier and Florent Vanverberghe of Castres, Racing flanker Yoan Tanga, Lyon flyhalf Leo Berdeu and threequarters Jules Favre of Stade Rochelais and Tani Vili of Clermont.

The Six Nations starts on February 5, with Wales starting at Ireland, and England up at Scotland. The next day, France welcomes Italy.