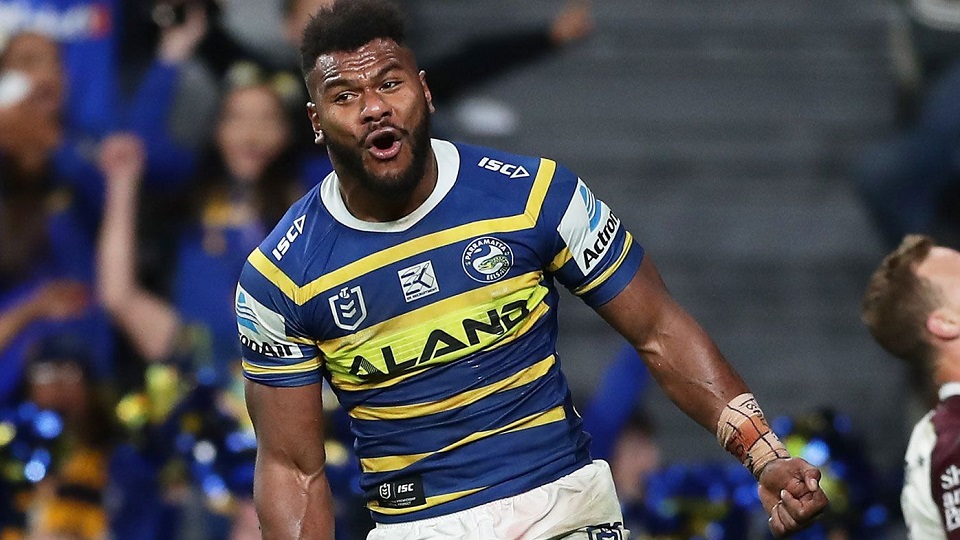 A THREE-try performance from Maika Sivo has helped Parramatta to a comprehensive 32-16 win over Manly at Bankwest Stadium on Friday night.

Sivo was almost unstoppable as the Eels ran in five tries to two in front of a big crowd before both teams head into finals next week.

The 16-point win means Parramatta finish fifth and the Sea Eagles sixth, however, their week-one opponents will be decided on Saturday and Sunday.

Manly will face Brisbane should the Broncos defeat Canterbury on Saturday, while the Eels will meet either Cronulla or the Wests Tigers at Bankwest Stadium.

Manly’s finals campaign could be dealt another blow after prop Martin Taupau was reported for a high shot.

Having already lost star fullback Tom Trbojevic to a season-ending pectoral injury, the Sea Eagles could now be without Taupau for next week’s elimination final.

Further souring the defeat was a knee injury to rookie forward Taniela Paseka.

Eels front-rower Kane Evans was also binned and cited after his shoulder made contact with Sea Eagles centre Brad Parker later in the match.

Replays later showed Evans’ shoulder bounced up off Parker’s arm and into his head, however it was enough to send him for a concussion test.

The Taupau shot drew fierce criticism from the commentators.

“If they don’t think that’s sent off … there’s no other high tackle you can do that’s worse than that,” said Fox Sports commentator Braith Anasta.

Led by three tries from breakout star Sivo, the Eels were the better side for most of the match and were leading by 16 points when Taupau was marched.

The Sea Eagles showed plenty of courage to stay in the contest with two tries to back-up hooker Manase Fainu to be within eight with 20 minutes to go.

Manly got to within six on a 65th-minute penalty goal, however Sivo sealed the victory with two tries in the final eight minutes.