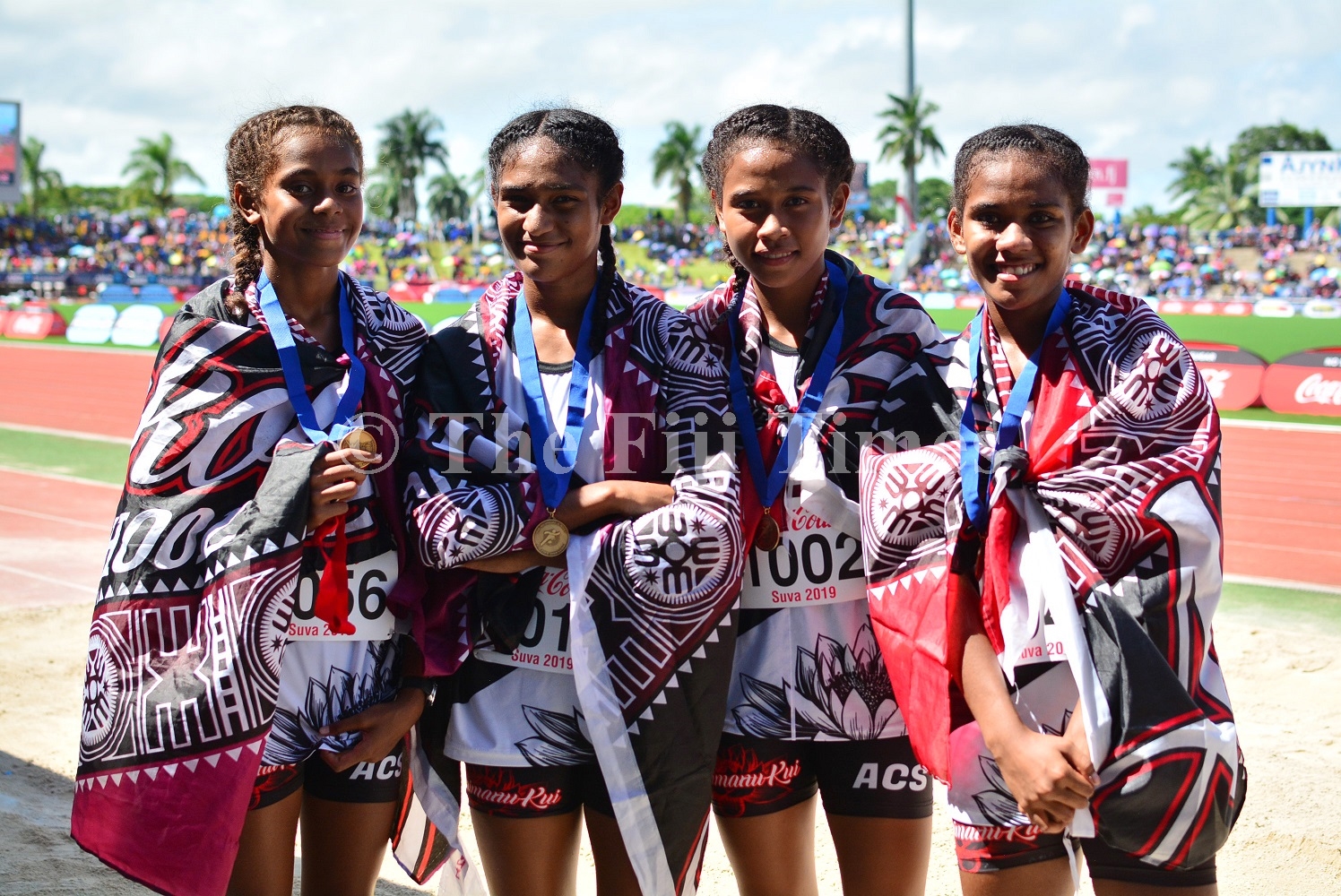 ADI Cakobau School sub junior girls 4×400 metres relay team believes that the strong bonding within the team contributed to their success in winning the gold medal in the Coca-Cola Games in Suva yesterday.

Team member Nina Nakula scooped her second medal in the relay after claiming silver in the high jump.

Nakula said they had a bond as if they were sisters in blood and this strong connection had boosted their performance from training until the finals.

“We are happy of what we’ve achieved and I thank my teammates for the teamwork and trust we had with each other even though we struggled during training we still had each other and we won as a team,” said Nakula.

“We dedicate our win to the coaches, the teachers, ex-scholars, supporters and most importantly our families for always supporting us with our training and the little things we need to help us get this far.”

The Batiri lass from Nadroga fell short in the high jump despite jumping 1.45 metres with the gold medallist from St Thomas but the difference came from the first jump where Nakula dropped the bar but pulled through the second and third attempt.