Sinipati Ioane initiated as deacon of the Catholic Church 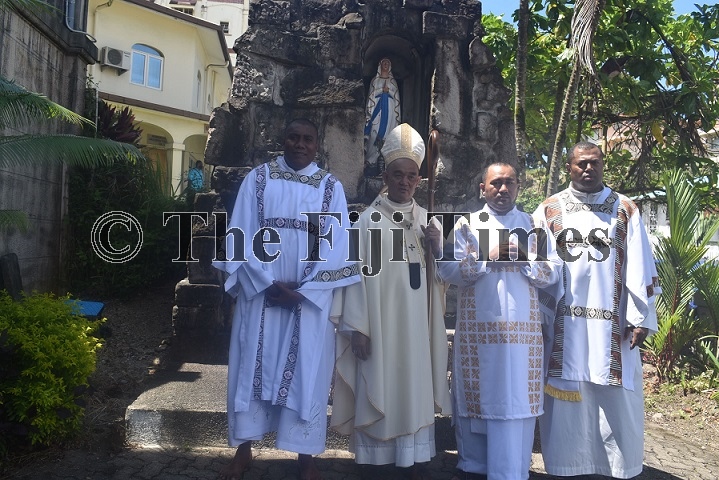 ORIGINALLY from Lotofaga in Samoa, Fiji resident Sinapati Ioane was proud to be formally initiated as a deacon of the Catholic Church today with two other of his comrades after their training at the Pacific Regional Seminary in Suva.

Mr Ioane said his role in the church complemented his teaching career which he had left behind to answer the calling of the church.

“I am now ready to teach and lead people to the truth which is the Gospel of Jesus Christ,” he said.

He plans to become a priest after 6 months of serving as a church deacon.

Mr Ioane was joined by his parents Ioane and Makerita including close family members at the solemn ceremony.

He has been residing in Fiji for the past four years.

Meanwhile Archbishop Peter Loy Chong explained that in contrast to the transitional deacons, permanent deacons got married and had families remaining as deacons for the rest of their lives.

These deacons are transitional deacons transiting through priesthood,” he said.

Archbishop Loy Chong had officiated at the ordination at the Sacred Heart Cathedral in Suva yesterday.