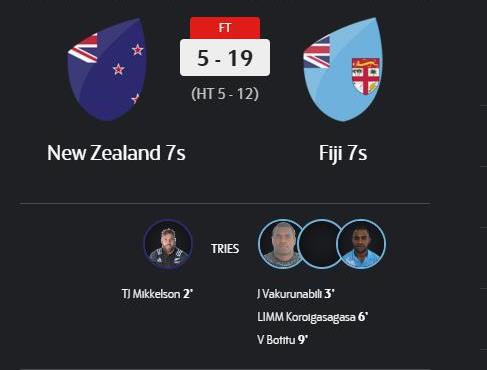 THE Fiji 7s team will meet England in the cup semi-finals of the Singapore7s after defeating New Zealand 19-5 in their quarterfinal match today.

The match was almost a repeat of last week’s pool game at the Hong Kong 7s.

Tim Mikkelson scored the only points for NZ.

The cup semi-finals are scheduled to begin at begin at 8:12pm while the Cup final is at 11pm.