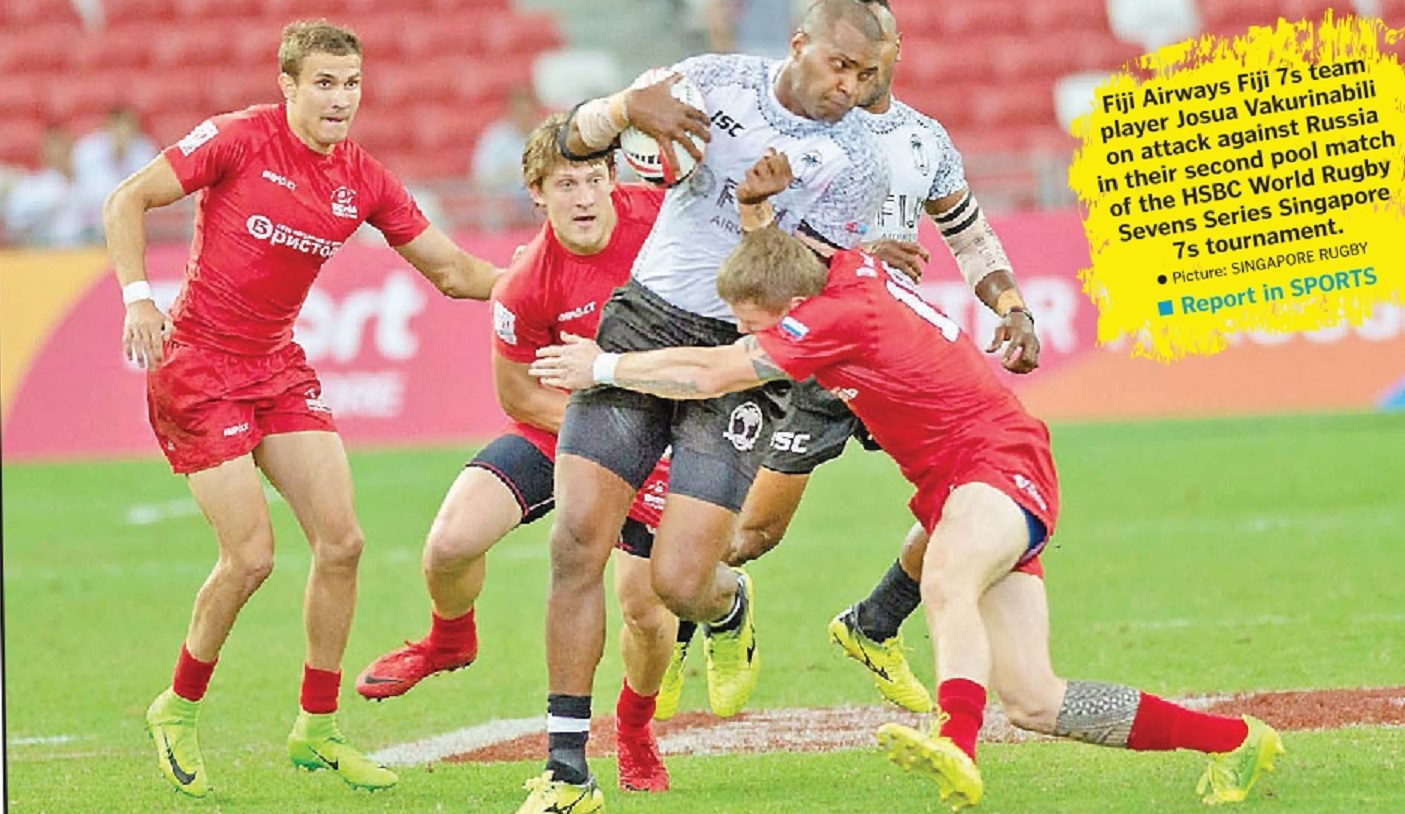 That smile though.. Fiji Airways 7s debutant Terio Tamani when he scored his first try for Fiji. Picture: WORLD RUGBY

Fiji, England and South Africa were the only teams undefeated after pool play yesterday.

New Zealand earlier lost to Australia to finish second in their Pool.

The winner from the first quarterfinal will play either South Africa or Kenya in the semi final.

Australia plays Spain in the third quarterfinal while Samoa meets England in the fourth play off.

Fiji scored victories over Japan, Russia and Spain to top Pool A.