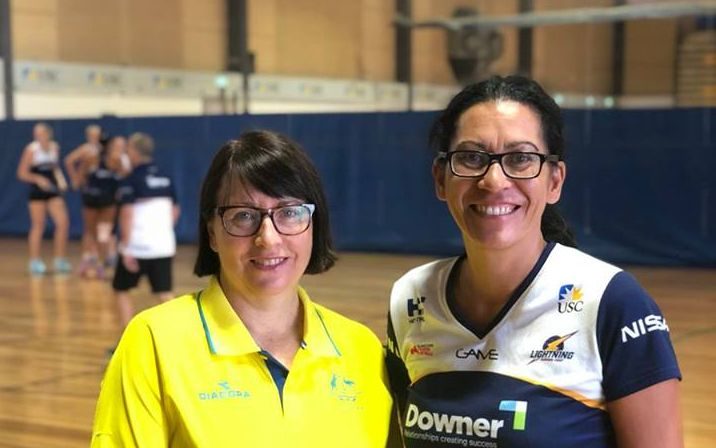 The Australian Diamonds coach Lisa Alexander’s contract was not extended by Netball Australia following a two year period in which the Diamonds lost to the Silver Ferns in a close Netball World Cup final and to the England Roses in the Commonwealth Games final.

Taurua said the treatment of Alexander showed how cut-throat Australian sport could be.

Alexander was the most capped Diamonds head coach of all time, having led the Diamonds on 102 occasions over more than eight years in charge and maintained the number one world ranking since 2011.

“I consider her as a world-class coach and can only give full support and accolades to coaches who survive this environment,” Taurua said.

“It’s probably just a shame or maybe shows it can be quite fickle, for a lot of other countries one point [loss in World Cup final] is actually being successful but not in their country.”

Taurua extended her contract with Netball New Zealand until February next year after a successful stint coaching in the Australian domestic netball competition.

“Times are changing over in Australia and it’ll be interesting to see as to who is now coming through and the pathways that they’ll have taken to get to the head coach role,” Taurua said.

Netball Australia will begin recruitment for the next Diamonds coach in early March and Taurua has identified some potential candidates to fill the role.

“There’s quite a few who have been around probably as long as I have, [Melbourne Vixens] Simone McKinnis is probably the first one that comes to mind, Julie Fitzgerald is another person that has huge experience, Jane Woodlands-Thompson is another person, so they do have depth of coaches over there and it’s just whether they are willing to be head coach for Diamonds.”

Alexander will coach the Diamonds for the last time on 1 March in a bushfire relief charity match.

The Silver Ferns and the Australian Diamonds will meet later this year in the Constellation Cup.