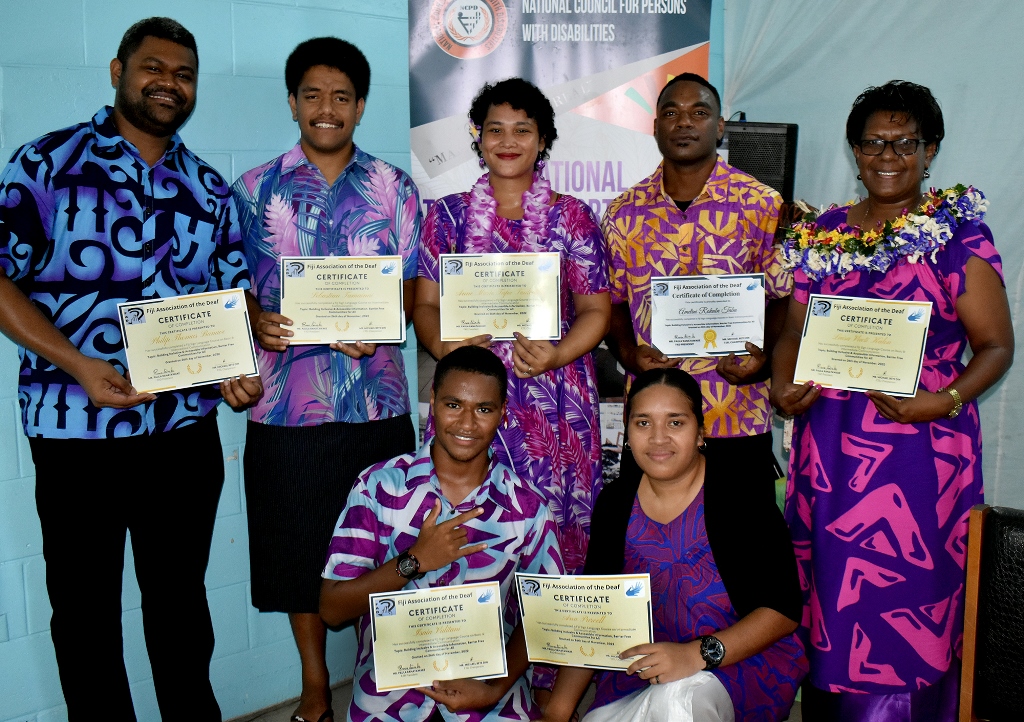 Students with their certificates after they graduated from the six-month sign language program at the Fiji Association of the Deaf last week. Picture: ATU RASEA

Sixty-four students were awarded certificates by the Fiji Association of the Deaf last week after successfully completing a six-month program in sign language.

According to the association, 41 students graduated with basic certificates, 16 with intermediate qualifications and 10 in the advanced category.

Among the graduating class was Joseph Vulitani, 12, Litiana Matebau, 11, and Bridget Maria Bativudi, the youngest graduates.

Maopa Likudalidali, the mother of Bridget Bativudi, said she enrolled her daughter to the course as a lot of children with impairments around the country were left alone because other children could not communicate with them.

“I wanted her to come so she can mingle and be with those children,” she said.

She added that her daughter enjoyed her six months course and would look forward to the classes every afternoon.

The proud mother said she would enrol her daughter again next year for the intermediate classes and the advanced class later on.

The graduates were also encouraged by the association to pursue sign language classes further as Fiji currently had a small pool of interpreters.