Sigarara is a double winner 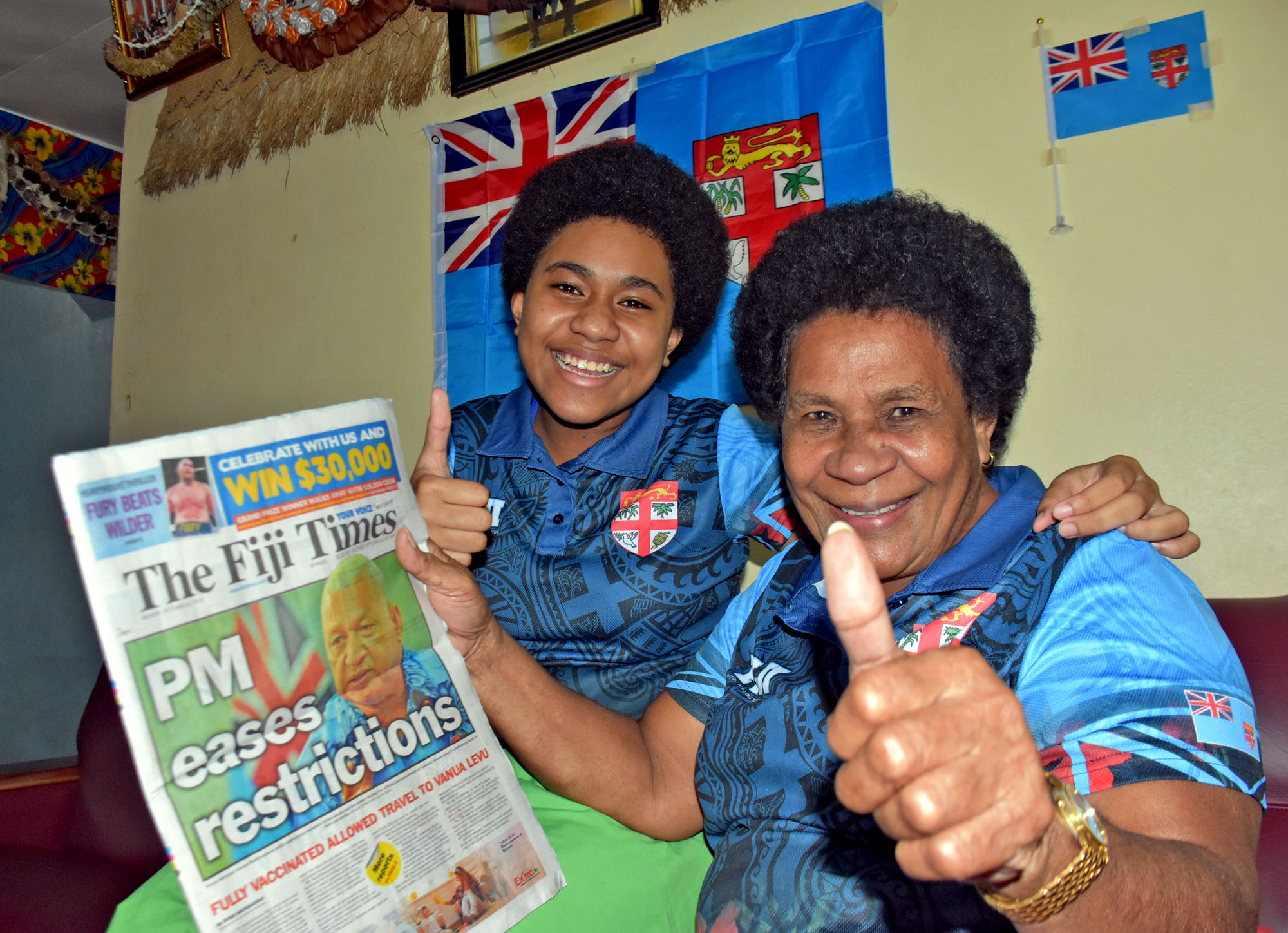 Reason to smile ... One of the 10 winners of The Fiji Times152nd anniversary promotion winner, Mere Sigarara pictured with her namesake, 13, at their home in Tuirara, Makoi, Nasinu on Monday, October 11, 2021. Picture: JONACANI LALAKOBAU

Her family’s enthusiasm to read The Fiji Times daily turned out to be a blessing for Mere Sigarara.

She was among the 10 winners who won The Fiji Times 152nd anniversary promotion for September draw yesterday.

She said her husband encouraged her to take part in the promotion because he would read the newspaper every day.

She said her granddaughter helped her and it was placed at an entry bin at a nearby shop.

She said she would use the money for her family.

He said it made the newspaper’s 152nd anniversary a memorable one for him.

“One of the reasons I took part in this competition was because I love The Fiji Times and I wanted to contribute something for its anniversary,” Mr Tavutu said.

He said he was a frequent contributor to the newspaper’s letters to the editor column and that he would use the money to help his family during this COVID-19 crisis.

Newspaper editor Fred Wesley acknowledged all the participants and encouraged everyone to take part in the upcoming competitions.

He also acknowledged all the participating stores as it allowed readers to take part in the promotion easily.

There were a total of 10 winners announced for the month of September yesterday who each won $152 cash prize.