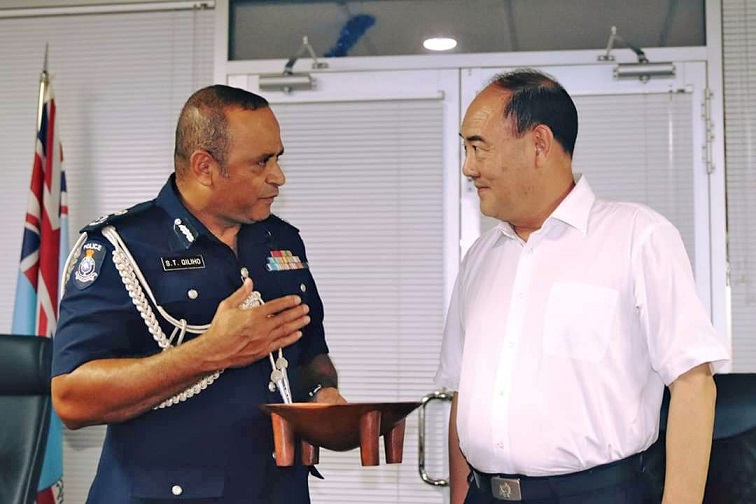 THE People’s Republic of China’s Sichuan Public Security Department is planning to increase training opportunities available to the Fiji Police Force in tackling cyber-crime and drugs.

This was highlighted by the department’s deputy director general, Zhang Ying, during his meeting with Police Commissioner Brigadier General Sitiveni Qiliho yesterday.

Both institutions have engaged in people-to-people exchange programs in the past.

“In 2017 two Chinese police consultants were seconded to the Fiji Police Force and an invitation was extended to the head of the department to visit Fiji,” police stated.

Brig-Gen Qiliho acknowledged the support of the People’s Republic of China’s Ministry of Public Security towards the work and effort of the force in areas of co-operation in light of growing security threats brought on by transnational crimes.

Mr Ying also visited the National Traffic Command and Control Centre in Nabua and the Fiji Police Academy in Nasese.