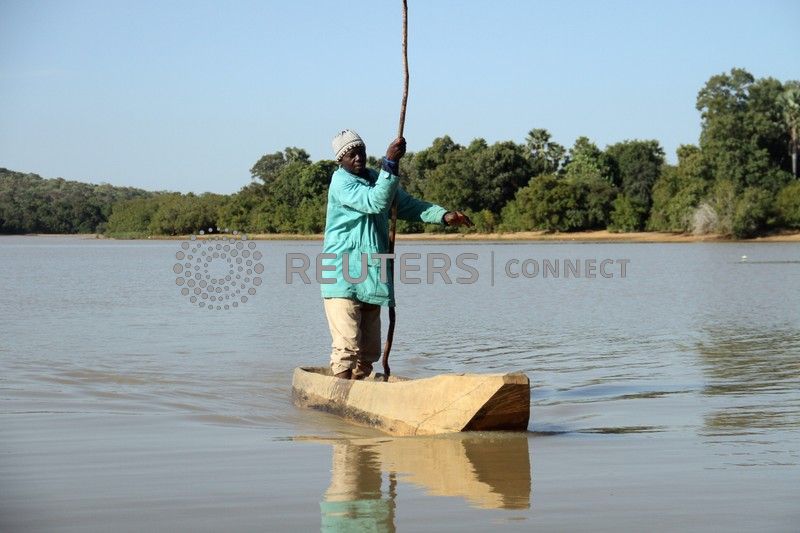 LAC WEGNIA, Mali (Reuters) – Modeste Traore has lived his whole life by Lake Wegnia, in Mali’s Sahel region, and its fish have provided him with a livelihood that supports his extended family of 14 children.

But as temperatures rise, evaporation increases and the lake shrinks – phenomena experts blame on global climate change – so do the chances of his children following in the fisherman’s footsteps.

“If things go on like this I don’t think our children can become fishermen like us,” the 56-year-old told Reuters, holding one of his young sons on his knee.

“During the rainy season there is a lot of water but as soon as it’s over, there is no water left in the lake. We are fishermen. I don’t think our children will be.”

Lake Wegnia, or Lac Wegnia in French, is located in the Sahel region of Koulikoro, around 120 km north of the capital Bamako.

Some 12,000 people including fishermen, farmers and herders depend on it for food, water and income, while its fresh waters and marshes also contain rich biodiversity.

But the lake has shrunk by 20 percent since 2017, according to figures from CIDR (International Centre for Development and Research) and analysis from Hydrosolutions Ltd, placing huge pressure on local communities.

The United Nations describes the Sahel region – a wide strip of land running across northern Africa from the Atlantic Ocean to the Red Sea – as “one of the most environmentally degraded regions in the world”.

The organisation has projected temperatures there to increase 1.5 times higher than the global average, and says the Sahel is regularly hit by droughts and floods.

Food insecurity, the fight for arable land and fast population growth can lead to conflict, although Lake Wegnia so far has been spared the violence prevalent in other parts of Mali.

Aid group Caritas Suisse and the Eco-Lac Wegnia project it is leading are working to change agricultural practices, improve water management and fight the effects of global warming.

Villagers in Wegnia and Kononi-Sirakoro have already planted 56,000 trees in the last two years and are better managing their water resources by building stone cordons to help the soil retain what rainfall there is.

Despite the progress and international support, though, Traore is now raising cattle, because he can’t catch enough fish to feed his family.

Trump will not invoke control of National Guard amid protests - adviser