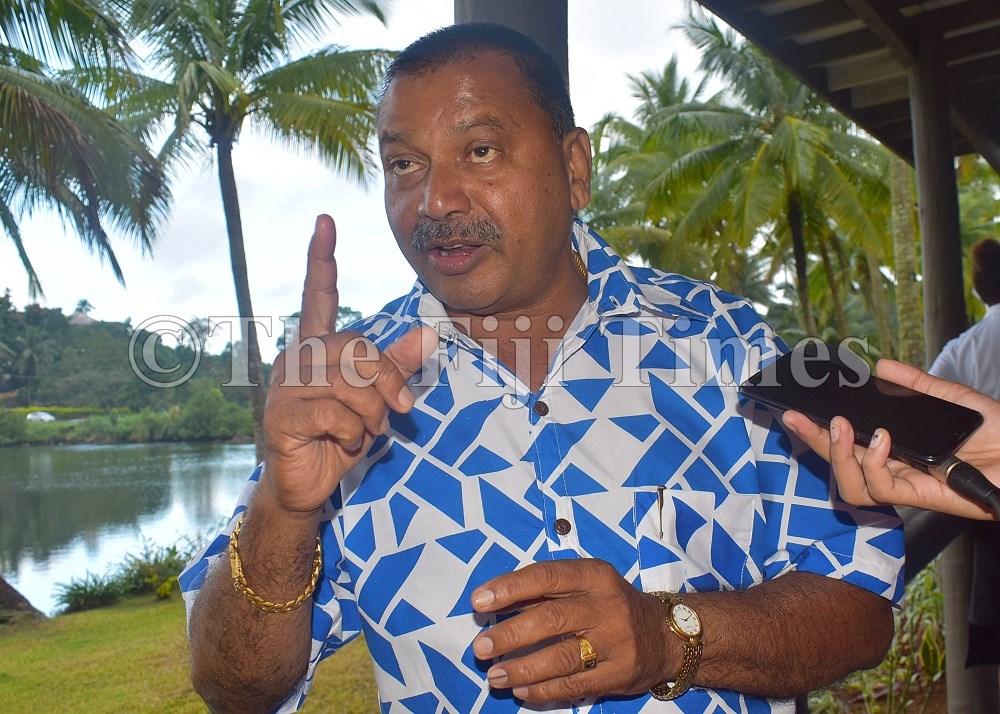 SODELPA newly elected vice president George Shiu Raj stresses a point during an interview at Novotel Hotel in Lami. He is one of three vice-presidents. Picture SOPHIE RALULU

Mr Raj said they chose not to attend the forum because Mr Duru did not have the mandate to call the meeting after he was terminated at a board meeting held on November 12 in Nausori.

He said despite their issues, he held high hopes SODELPA would remain united as it prepared for the 2022 election.

However, he said, “party members cannot have its board applying the rules in one case, and not in another”.

Mr Raj said he and the 23 who formed the majority of the 43-member board had written to Registrar of Political Parties Mohammed Saneem and informed him they were staying out of the meeting – and questioned the quorum claimed by Mr Duru in a statement made at the meeting venue to the media.

He said they contended that the grievance filed regarding alleged falsified board resolutions, “cannot be shelved while other grievances are vigorously pursued by the party leadership”.