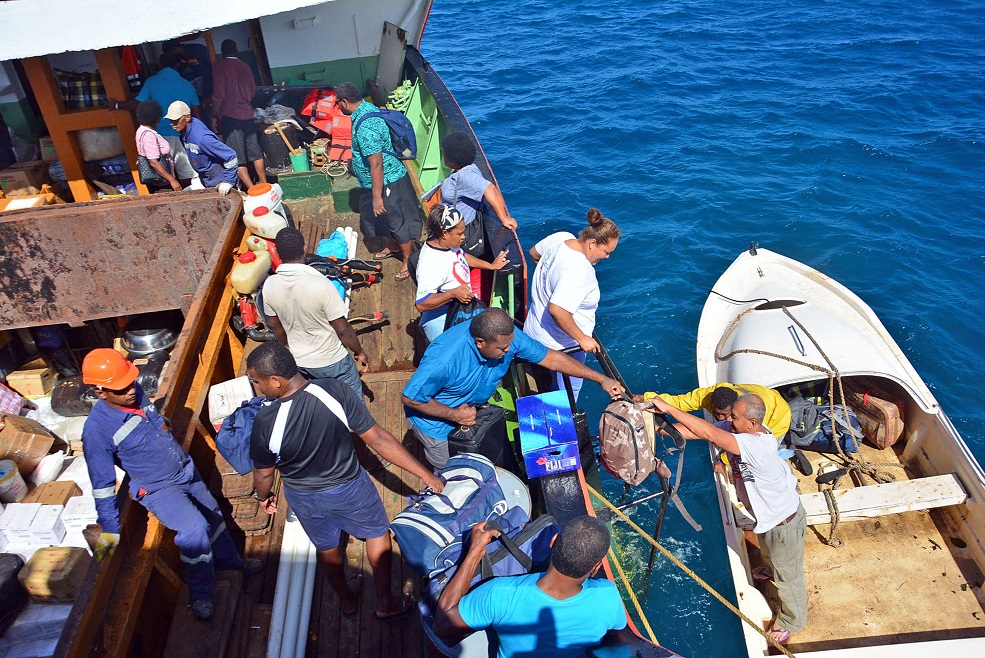 The Department of Transport has found leads in remote islands having a chance of maximising economic activities. Picture: JONACANI LALAKOBAU

THE department of transport has found opportunities to maximise economic activities in remote islands.

This is a result of the National Transport Consultative Bi-Sector Forum held in Suva this week. Department acting director Lesi Vuatalevu said the concept was being piloted in the Eastern Division through the shipping franchise scheme.

“This scheme is mostly to the uneconomical routes of Fiji. “We engage shipping companies that are under the scheme to go out to islands.

“This to observe the services the contracted vessels undertake and report back,” she said.

She said from the report they did their analysis.

From the analysis she said they found that some of this remote islands had the potential to generate economic activities.

Ms Vuatalevu added the concept was still in its feasibility stage.

Transport Minister Jone Usamate said the transport industry played a vital role in Fiji’s economic and social development as it contributed 8 per cent towards the country’s gross domestic product.