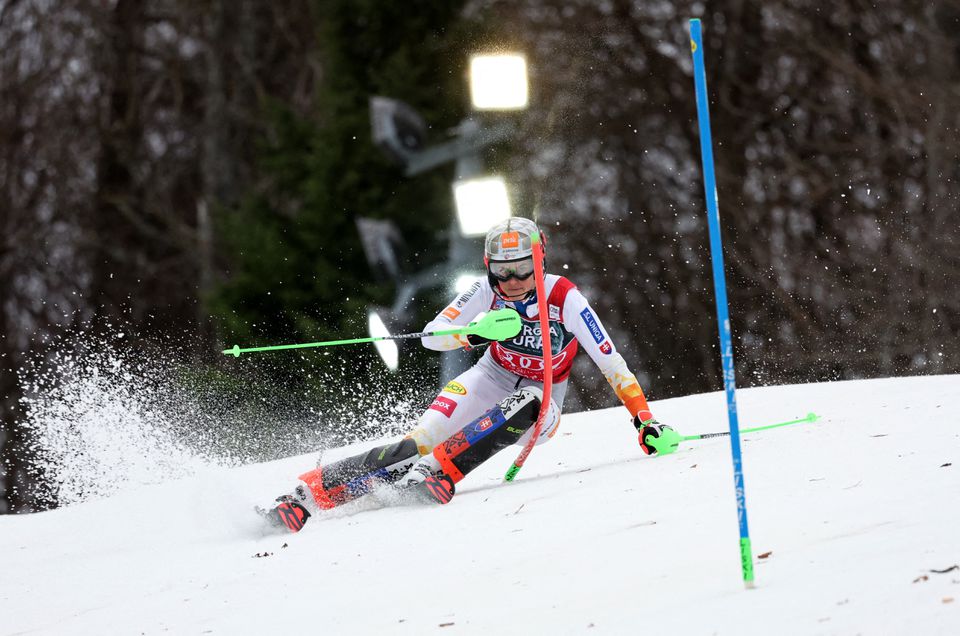 SCHLADMING, Austria, Jan 11 (Reuters) – Mikaela Shiffrin won the last World Cup women’s slalom before the Beijing Olympics on Tuesday to take her 47th victory in the discipline and smash a record the U.S. skier had shared with Swedish great Ingemar Stenmark.

The double Olympic gold medallist, who shed tears at the finish, has now won more races in a single discipline than any other skier, male or female, in World Cup history.

Tuesday’s race was originally scheduled for Flachau but rearranged, to a long and steep piste usually reserved for men’s races, due to the rising number of COVID-19 cases in that resort.

“I’m just crying a lot lately,” said Shiffrin, who has had back problems and then missed two races last month after testing positive for COVID-19 before a rare non-finish in Slovenia on Sunday.

“It’s such a privilege to race on this slope and all I wanted to do today was earn that, deserve it, because it’s iconic. I was geeking out this morning… I can’t believe that we can be here.

“It’s just quite special to be sitting here now. It’s like it didn’t happen.”

Shiffrin, 26, had been only fifth after the opening leg in Schladming, Austria, but dominated the second run down the floodlit piste.

Slovakian Petra Vlhova, who had won five of the previous six slaloms and led after the first leg, had to settle for second with the consolation of securing the crystal globe for the discipline.

While Shiffrin piled on the pressure with her powerful second run, two of the final four — Switzerland’s Wendy Holdener and Canada’s Ali Nullmeyer — skied out.

The Beijing Games start on Feb. 4 and Shiffrin has plans to race all five individual events there.

The next women’s World Cup races are a downhill and Super-G in Zauchensee, Austria, at the weekend.