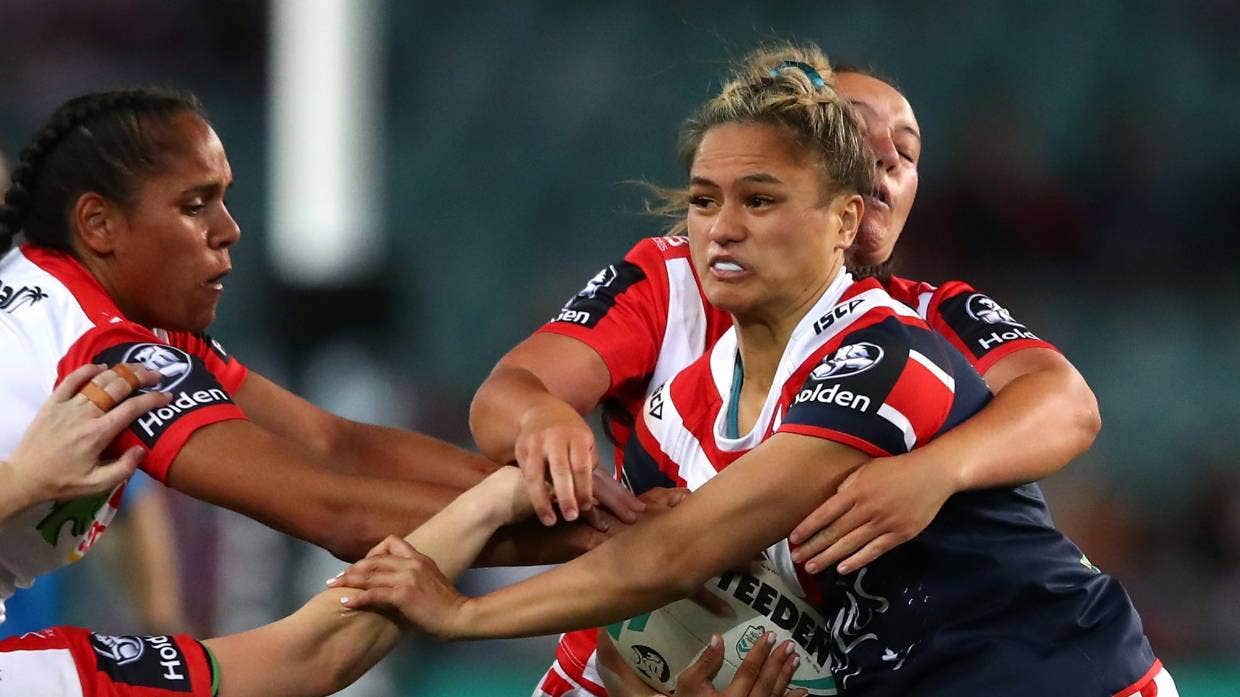 Nita Maynard playing for Sydney Roosters in the NRLW in 2018. CAMERON SPENCER/GETTY IMAGES

The 28-year-old, born and raised in Gisborne, allegedly was asked to leave the infamous Cronulla pub around 9pm (local time) before she became aggressive to staff.

She allegedly assaulted two security guards outside the venue before police were called to the premises. She allegedly had to be restrained until police arrived.

“The woman was arrested and taken to Sutherland Police Station, where she was charged with two counts of common assault and excluded person fail to leave premises when required.

“She was granted conditional bail to appear at Sutherland Local Court on Thursday, May 13.”

The incident is believed to be the first off-field charge for an NRLW player since the competition began in 2018, with the NRL now working through with the judiciary how a sanction would be handed down if Maynard is found guilty.

Maynard is currently playing in the NSWRL Women’s Premiership for the North Sydney Bears ahead of the NRLW season, which starts later in the year.

NSWRL said the sanction will likely come from North Sydney.

“Nita Maynard is contracted to North Sydney,” a spokeswoman from the NSWRL said.

“North Sydney are dealing with it at the moment and keeping us in the loop with regards to their actions.

“We will review the matter further once North Sydney have determined a course of action. We are confident they have the matter in hand.”

North Sydney Bears chairman Daniel Dickson said the club lawyer will be speaking with Maynard on Sunday about the best course of action.

“She is shattered,” Dickson said.

“She is obviously disappointed with what has gone on. We will make comment when the time is right.”

Maynard played in the women’s All-Star clash and represented New South Wales in Origin in 2018.

A Kiwi Ferns international, Maynard became ineligible for the women’s State of Origin after the rule changed in 2019 to align with the men.

Under current State of Origin rules, if a player chooses to play for a tier-one nation other than Australia – New Zealand or England – they are unable to represent NSW or Queensland.